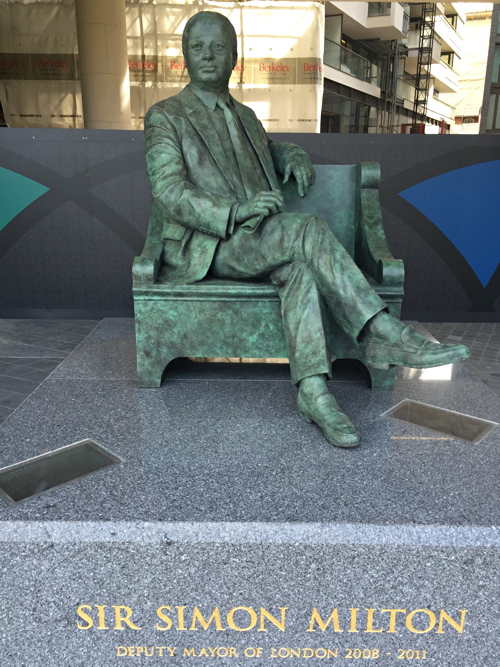 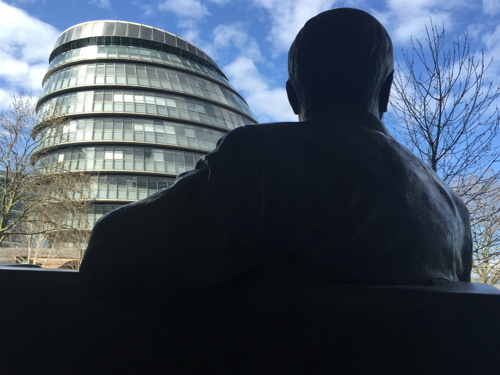 Sir Simon Milton – who served as Boris Johnson's chief of staff and deputy mayor during his first term at City Hall – died suddenly in 2011 at the age of 49.

The Conservative politician was previously leader of Westminster City Council.

The artwork has been installed at the entrance to Crown Square, part of the One Tower Bridge development by Berkeley Homes.

For a 21st century public figure, Sir Simon has an exceptional number of public memorials, including a statue by Bruce Denny at Paddington Basin, a bust at Westminster City Hall and another depiction of his image as part of a decorative frieze in Eagle Place, Piccadilly.

A water feature outside the Connaught Hotel is also dedicated to Sir Simon's memory, and there is a further memorial garden at Paddington Recreation Ground.

Next year he will have a school named after him – the Sir Simon Milton Westminster University Technical College – next to Victoria Station.