A statue of Boris Johnson's City Hall deputy mayor and chief of staff Sir Simon Milton has been unceremoniously placed in a parking bay whilst a new plinth is made. 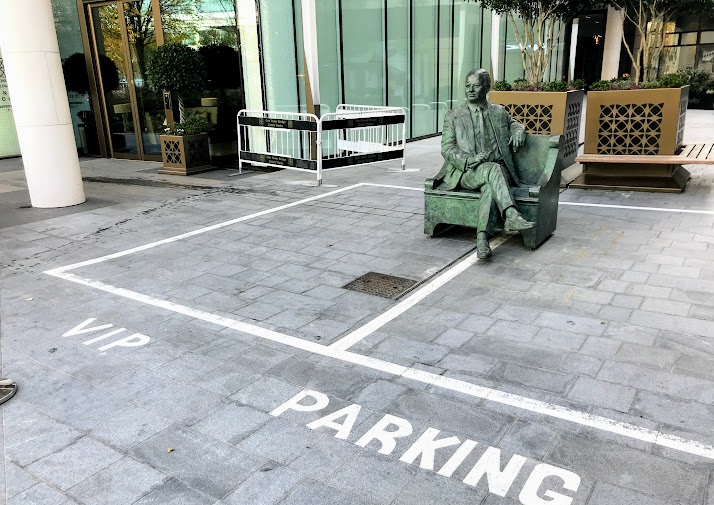 Sir Simon Milton – who died in 2011 aged just 49 – is best known for his stints as Conservative leader of Westminster City Council and as chief of staff to Boris Johnson during his first term as Mayor of London.

A statue by Philip Jackson was unveiled by Mr Johnson in 2016 as part of the One Tower Bridge development.

During the summer the statue was removed from its plinth at the entrance to Crown Square – overlooking City Hall – and the artwork now languishes in the 'VIP parking' bay at the end of the Potters Fields lane.

"We have commissioned a new plinth for the statue which will be relocated to a position overlooking Potters Fields Park," a spokeswoman for One Tower Bridge developer Berkeley Homes told the SE1 website.

It is not clear why the statue's original plinth has been removed.

Sir Simon has at least seven public memorials in the capital, including statues, a garden, a water feature and a school.