It's an unmistakable landmark visible for miles around, and now the Strata SE1 tower on the site of Castle House at the top end of Walworth Road has been 'topped out'. 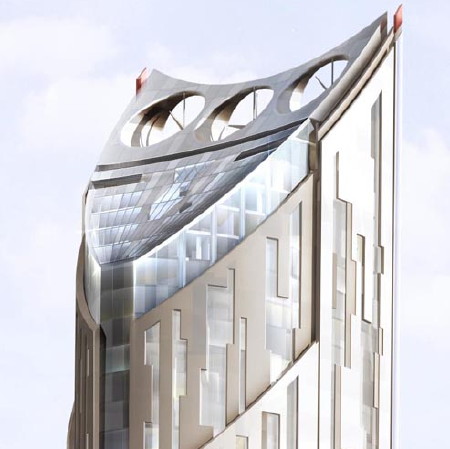 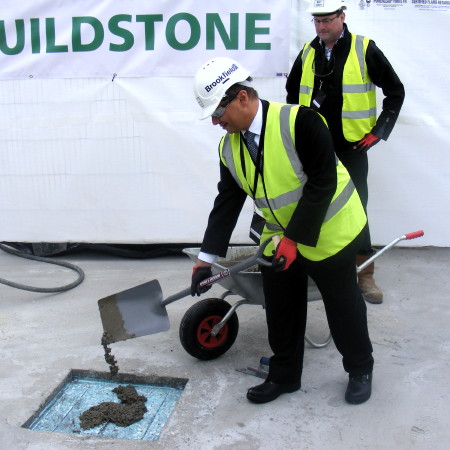 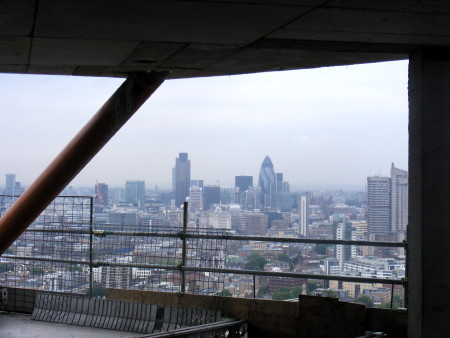 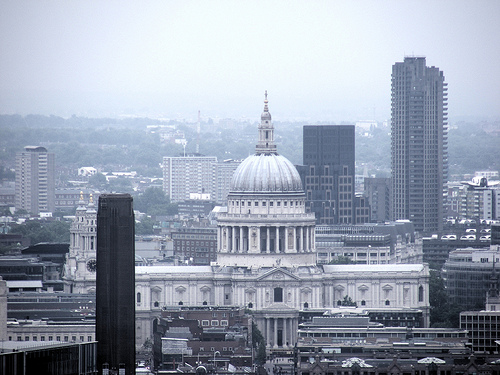 At 147.9 metres, Strata is now SE1's tallest building – a title previously held by Guy's Tower (143 metres). Strata is likely to keep the title until the Shard at London Bridge is built.

Developers Brookfield Europe also boast that the development – which will include 408 new homes – will be central London's tallest residential building when it is completed in April 2010.

"Icon is a much over-used term nowadays," said Justin Black of Brookfield Europe.

"The Elephant & Castle needed a bold and visionary statement to kick things off and to set a benchmark for design, quality and sustainability. Bookfield Europe are delivering that statement.

"I wholeheartedly believe that we're standing on London's next icon. Already a dynamic addition to the central London skyline, it's a striking and breathtaking building which I believe has the potential to be as much loved as London's other landmarks such as the Eye and the Gherkin."

The final concrete for the top floor of the tower was poured by Deputy Mayor of London Sir Simon Milton.

Sir Simon Milton began his speech by apologising for the absence of Boris Johnson, joking that after the Mayor's well-publicised trip-and-slip incident in the River Pool, his advisers didn't think it wise to send him to a building site 43 floors above the ground.

Sir Simon described Strata SE1 as "a real sign of the coming regeneration of Elephant & Castle".

"My friend Nick Stanton never ceases to remind me that Elephant & Castle is the geographic centre of London so it's important that it's made a lot better than it is now.

"This building will hopefully encourage other developers to get on with the job and to complete the major regeneration of this area."

The topping out ceremony was attended by more than 70 people including Southwark Council leader Nick Stanton and Simon Hughes MP.

Brookfield says that all but four of the 310 private flats in the tower were pre-sold in 2007. A further 98 homes will be made available on a shared ownership basis via Family Mosaic.

Three nine-metre diameter wind turbines will be installed at the top of the tower in September.

"I think it's a very impressive-looking building," says Simon Hughes MP. "Sometimes tower blocks are not very impressive but this clearly adds to the skyline and it's something that we'll be proud to have.

"It will identify the Elephant & Castle from all over London. We were looking out here and we could see St Helier Hospital, the Epsom Downs and so on – and that means they can see us.

"It will put Elephant well and truly on the map and that's fantastic."

Despite the progress on the Strata SE1 site there is no sign of action at the nearby 360 London development on the former site of the London Park Hotel. Likewise the Oakmayne Plaza site on Elephant Road remains dormant.

Meanwhile the deadline for Southwark Council and Lend Lease to sign a deal to redevelop the Heygate Estate and shopping centre sites is now just a few weeks away.

• See more photos taken from the top of Strata SE1