The St George in Southwark Festival - founded in 2007 to bring together local celebrations of England's patron saint in an inclusive and multicultural setting - returned on Saturday with a full programme. 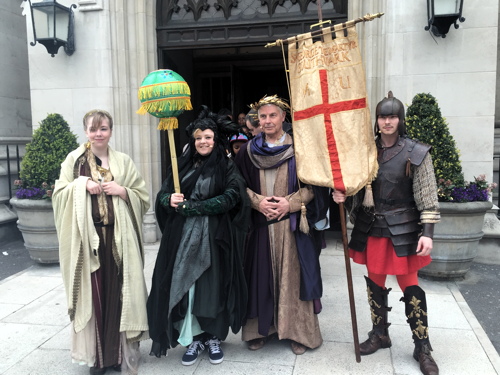 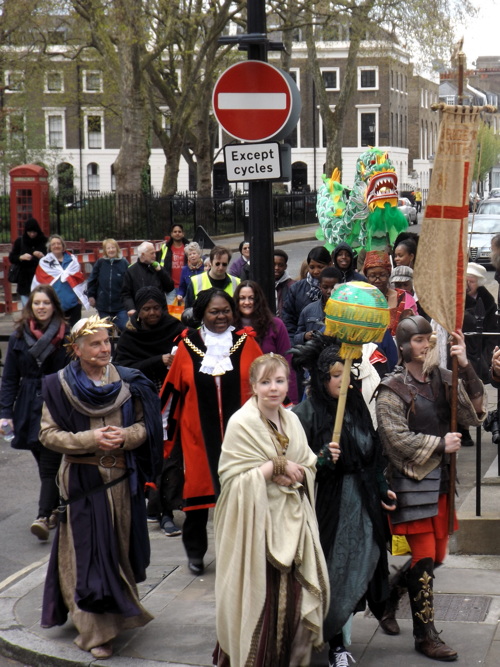 The procession in Trinity Church Square 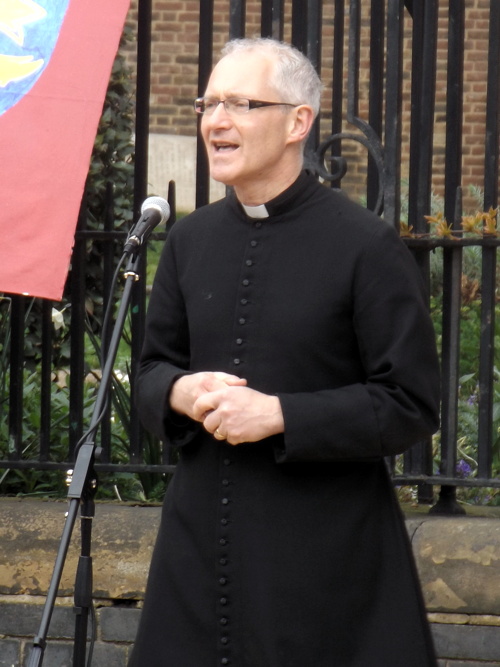 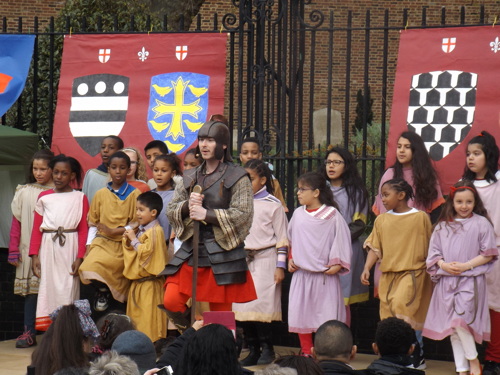 This year's festival had the theme 'A Quest for Community – Taming the Dragon of Difference'.

Saturday's events began at St George's Cathedral where the dean, Fr Richard Hearn, gave a brief talk on the history of the cathedral and showed the assembled crowd the relic of St George that is in the care of the cathedral.

The Mayor of Southwark, Cllr Dora Dixon-Fyle, then joined the festival procession through the area once known as St George's Fields to the Anglican church of St George the Martyr.

The procession featured a dragon and young musicians from St Jude's Primary School.

Once the procession reached Borough High Street, the crowd in Tabard Street piazza enjoyed an open-air performance of St George and Dragonia, a short play about the martyrdom of St George.

Written and directed by Sarah Harding with music by Richard Brown, the play featured a mix of professionals, drama students from London South Bank University and pupils from St Jude's.

After the performance, the Mayor announced the results of the festival's poetry competition.

The competition was judged by poet Sue Reardon Smith and the winner of the over 18 category was David Pape.

The festival day was rounded off with a jazz concert in St George's.