Garden Bridge: hundreds at protest meeting but Sadiq presses on

London's new mayor Sadiq Khan has indicated that he will back the controversial Garden Bridge as he pledged to "let the sunshine in" on the project. 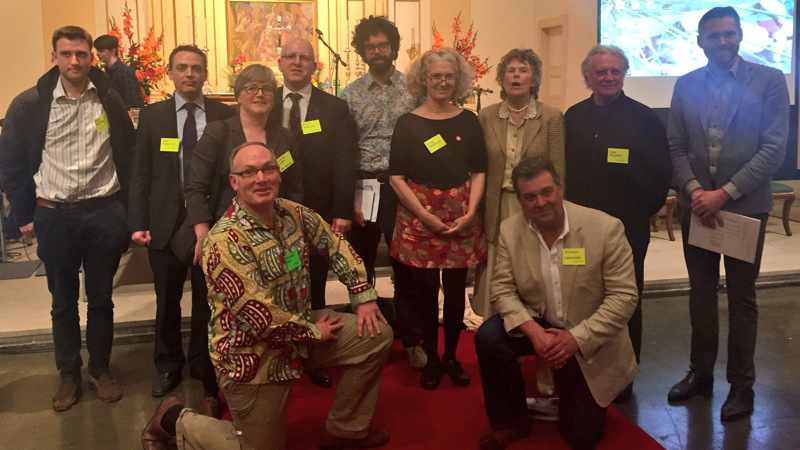 Sadiq Khan said on Wednesday: "The Garden Bridge could rival New York's High Line. But it must be a genuinely public and open space for all Londoners, rather than a closed and private space.

"I expect the Garden Bridge Trust to ensure that the bridge be closed fewer days each year for private fundraising events and fewer hours when they do. I also want a guarantee that an ongoing programme of visits will be laid on for local school children.

"The tust must also look to build a strong working relationship with parks from all over our city, so that seeds and plants grown on the Garden Bridge can then be replanted in parks across the capital – ensuring it has a positive benefit for all Londoners.

"The early days of this project clearly fell short of our expectations on transparency. I am determined to run the most open and transparent administration London has ever seen. I will let the sunshine in, which is why we are today publishing the previously undisclosed full business plan for the Garden Bridge alongside a list of its funders."

"Instead of tinkering with minor changes from the Garden Bridge Trust the mayor should be seeking to recoup every penny of Transport for London funding that has been allocated to this highly controversial project.

"The mayor should also be refusing to underwrite the annual maintenance costs of this project."

Mr Khan's intervention comes two days after hundreds of people packed in to St John's Waterloo for a public meeting convened by Thames Central Open Spaces and chaired by Kate Hoey, at which a succession of speakers put the case against the Garden Bridge and urged the new mayor to withdraw City Hall's support.

You can watch the public meeting – including a stinging critique of the bridge from leading architect Ian Ritchie – on this page.

Summing up Mr Ritchie's speech, Kate Hoey warned that the project is "not much of a garden, and not much of a bridge".

Earlier this month Lambeth's planning applications committee approved the management and enfrocement plan for the Garden Bridge. You can also watch that meeting in full on this page.

Bishop's ward councillor Jennie Mosley expressed her fear at that meeting that the Garden Bridge Trust was creating a "private police force" with its plans to give its 'visitor hosts' powers to seize property from visitors.