The new-look section of Sumner Street south of Tate Modern has been officially opened by Southwark Council. 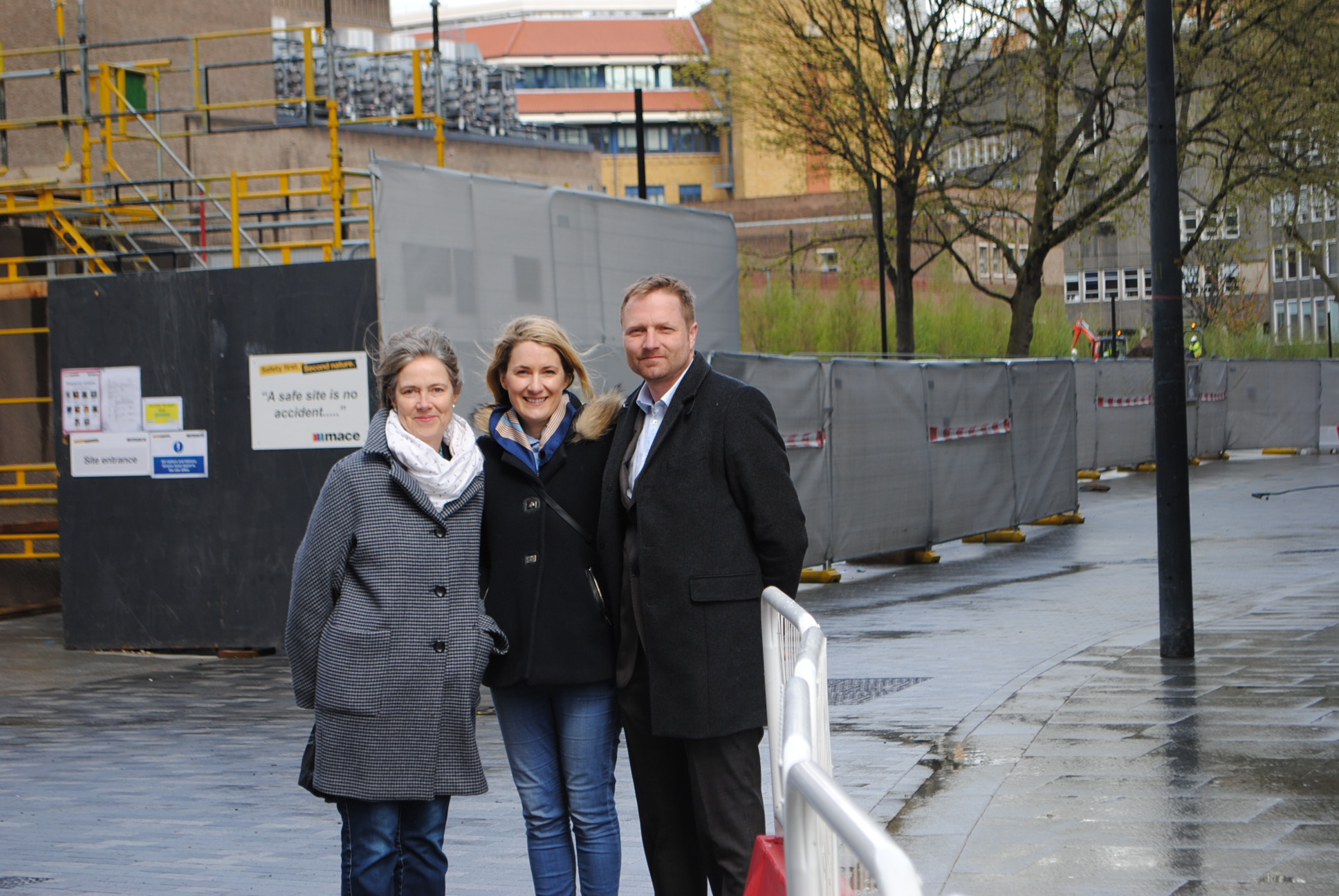 Southwark Council has been working with Tate to upgrade the street before the official opening of the Tate Modern extension next month.

The section of Sumner Street south of Tate Modern and north of Canvey Street has now been closed to motor traffic.

Cyclists can still use the street which is part of National Cycle Network route 4.

As part of wider changes, the direction of one-way traffic in Holland Street has been reversed.

"Tate Modern has played a vital role in the regeneration of Southwark over the last 20 years and by opening out the building to the south and creating a new access point, the extension will continue to drive investment and tourism to our borough and be a focal point for a second wave of economic growth already under way," said Cllr Mark Williams, cabinet member for regeneration and new homes.

"The improvements on Sumner Street will support this with a welcoming and attractive new pedestrian route and public open space leading from the Tate, down into the heart of the borough."

Cllr Darren Merrill, formerly cabinet member for the environment and the public realm, added: "The Sumner Street revamp also provides a safer and more inviting space for our residents who live in the surrounding area, many of whom have been directly involved in the design and consultation work, and I am very pleased we have been able to deliver such a pleasant new space for people to relax and meet just a few steps away from one of our most popular tourist spots."

Donald Hyslop of Tate Modern said: "The work on Sumner Street includes a new public plaza with cycle hire facilities that will provide a valuable amenity for local residents, workers and visitors in the area.

"As part of our long held plans to open up Tate Modern to south London the road has also been closed to vehicles.

"This will mean the area to the south of Tate Modern will become a place to meet, socialise whilst also improving safety and encouraging more walking and cycling."