Syrian refugee family to move in to Lambeth Palace next month

A refugee family from Syria will move into a cottage in the grounds of Lambeth Palace next month, the deputy leader of the council has confirmed. 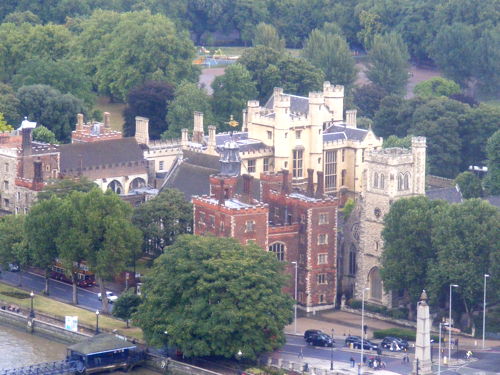 The Archbishop of Canterbury, the Most Revd Justin Welby, offered to house a family of refugees from Syria in a cottage in the Lambeth Palace complex in September last year.

However, bureaucratic delays have meant that it will have taken eleven months, until August this year, for the plan to become a reality.

"The council has committed to taking 20 refugee families over the lifetime of the parliament and we are proud that Lambeth is living up to its historic reputation as a borough that is welcoming to all," said Lambeth Council's deputy leader, Cllr Paul McGlone, in response to a question tabled by new Gipsy Hill councillor Luke Murphy.

"So far we have welcomed three families and all has worked well. All families now have access to the benefit system and health service. Children have been found appropriate school placements, and are settling into their local communities well.

"We have uncovered some minor gaps in provision and have been fortunate in having the support of a range of voluntary and community organisations who have generously offered to supplement our efforts. We are particularly grateful to Citizens UK/Lambeth Welcomes Refugees who have offered families a range of support (e.g. furniture/prams etc.) and have sought to find local properties from among their members, which owners are willing to rent to us at LHA rates. Our fourth family due early September will be housed in a property secured through Citizens UK's good offices.

"We have formed a project team which includes representatives from the DWP, the borough's education department, the health inclusion team, SHP, a senior social worker from the NRPF team, and our housing manager. This group meets prior to any family arriving and makes preparation ensuring the families' pressing needs are met in a timely way that is consistent with the statement of requirements.

"We have also worked with the Home Office and Lambeth Palace to support the Archbishop's undertaking to house a family within the grounds of Lambeth Palace. This family is due to arrive next month and the cooperation between Lambeth Palace and ourselves will be the highlighted example of the first round of 'pilot' schemes.

"Following the government's recent and welcome U-turn on unaccompanied child refugees, the Council has also contacted the Home Office to signal that the borough is ready to look after unaccompanied young asylum-seekers who come to the UK from camps in Europe."

Elsewhere in SE1, the City of London Corporation has provided accommodation for Syrian refugees on its estates in Southwark.