Some of the highest solar panels in the UK have been installed on top of the South Bank Tower. 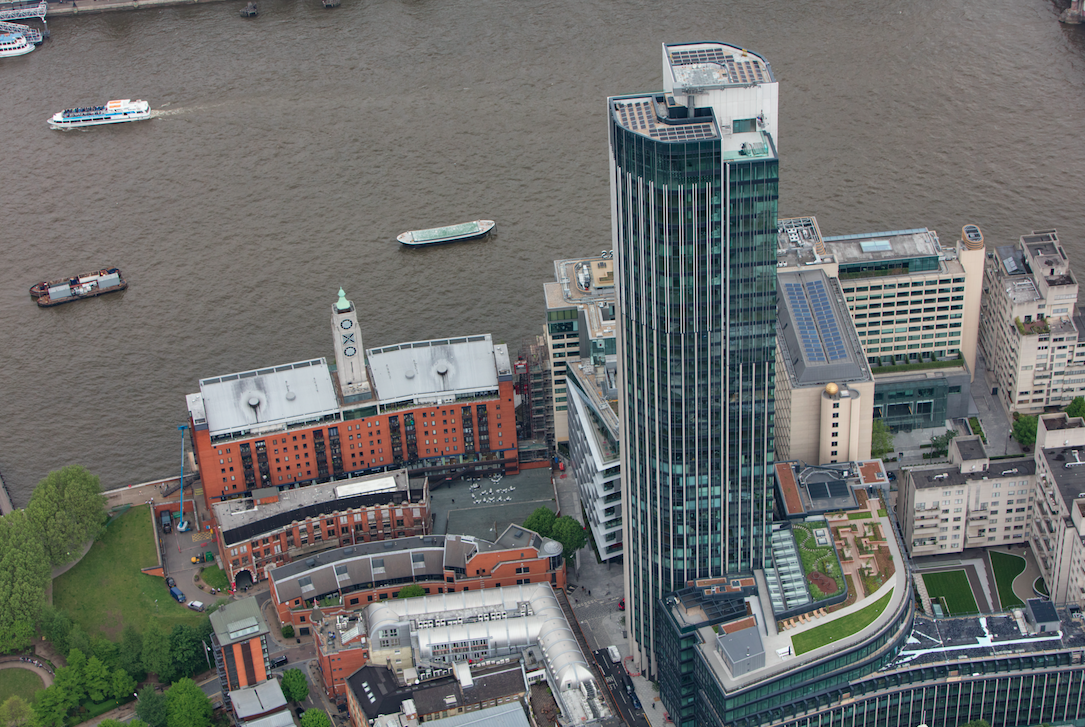 The 1970s skyscraper – formerly known as King's Reach Tower – was once home to IPC Magazines.

Work is now nearing completion on the 11-storey extension to the tower which now includes 193 luxury apartments as well as offices and shops.

The photovoltaic system, developed and fitted by Nottinghamshire-based EvoEnergy, is made up of 50 Solarworld 260 panels on the 41st floor and 50 on the 42nd, making it one of the highest solar installations in the UK.

"Getting a solar system on top of a building this high is a complex process; it brings different challenges to an installation, on say, a two or three storey building," said James Fuller, project manager at EvoEnergy.

"There's a lot of planning to be done around the logistics of the project, and once you're up there you're having to contend with the ever-changing British weather – there were a few times we had to stop working due to the high winds!

"The finished solar system looks fantastic and really complements the building's new, modern look. Not only is it going to help reduce the tower's annual energy costs, it's also an attractive feature which may appeal to those looking for eco-friendly features in their new home."