The Metropolitan Police has called on Southwark Council to negotiate space for a new police station as part of a major development at the Elephant & Castle. 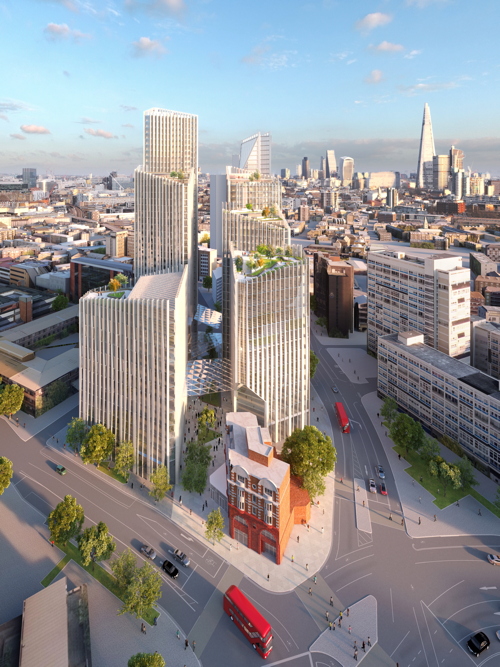 Last month Southwark councillors approved plans for 408 private flats in buildings up to 40 storeys high to be constructed on the site of Skipton House at the Elephant & Castle.

Now consultants for the Mayor's Office for Policing & Crime (MOPAC) have written to Southwark Council calling on planners to negotiate with the developers for a "200 square metre secure facility with a dedicated entrance".

Adam Gostling of Lambert Smith Hampton wrote to Southwark planners saying that there is a "pressing requirement" for new police premises in Southwark which the Elephant & Castle development would be "well placed to deliver".

Mr Gostling explained that MOPAC's estates strategy identified the need for new police premises "in strategic locations both operationally and where there is a marked growth in the local population".