Plans for a 40-storey development next to the Bakerloo line station at the Elephant & Castle have been dropped in favour of a modest six-storey extension to the existing office building. 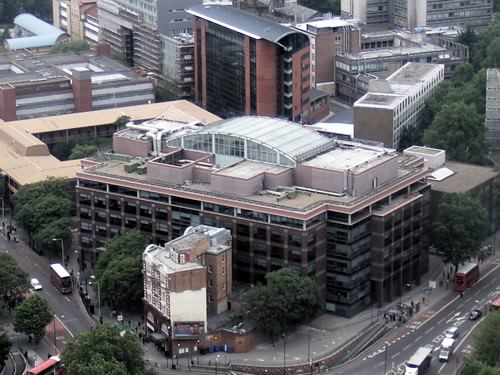 Two years ago Southwark councillors approved a development of 400 homes in buildings up to 40 storeys high, including public roof gardens and a subterranean cultural venue.

However, the formal planning permission was never issued and the planning application was eventually withdrawn.

Earlier this year the board of London South Bank University decided not to sell the Perry Library, and the most recent published board minutes note that the university "is in discussions with London Borough of Southwark on acquisition of the hostel building adjacent to the Perry Library".

Now London & Regional has hired architects Piercy & Co to draw up a much more modest scheme for Skipton House alone.

The latest plans involve removing the existing cladding from Skipton House and adding an extra six floors of office space.

At a public exhibition held on Monday, the developer claimed that the new scheme would be "authentic, modern, optimistic, honest, connected [and] aspirational".

The office block's main entrance would be moved from London Road to Newington Causeway, with new shops and restaurants added at ground level on the London Road side.

A planning application could be submitted to Southwark Council by the end of the year.