Armed police spent three hours outside a block of flats in Waterloo on Friday morning after a balcony collapsed. 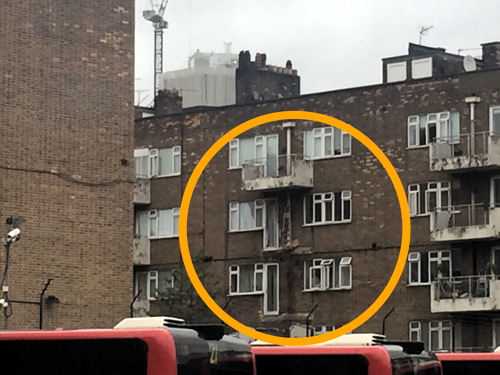 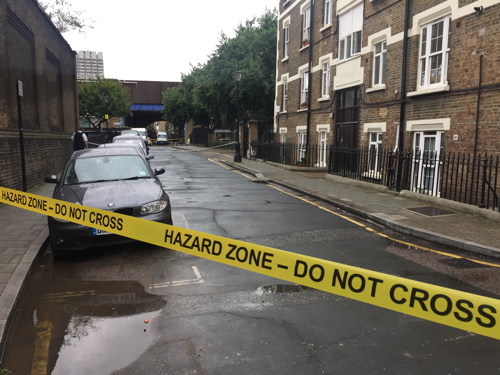 A third floor balcony at Charing House collapsed just before 9.30am on Friday, bringing the balconies on the floors below crashing down.

When police officers and firefighters tried to evacuate the block, they were threatened by a man who indicated he had a gun.

"Local police officers were in attendance at a block of flats in Windmill Walk, SE1, where they were assisting the London Fire Brigade with a collapsed balcony," said a Scotland Yard spokesman.

"Whilst at the location officers were threatened by a man who intimated he was in possession of a firearm.

"Officers retreated and armed officers were deployed to the location."

The spokesman added: "There are no reported injuries and no shots have been fired.

"No firearm was seen during the incident."

The London Fire Brigade sent three pumping appliances and two rescue units – based at East Ham and Croydon – to the scene.

Charing House is part of an estate formerly owned by the Church Commissioners. The current owners, Grainger plc, plan to redevelop the site with new flats.