Southwark Council members from across the political spectrum have paid tribute to Danny McCarthy, former mayor and Cathedrals ward councillor, who died earlier this month. 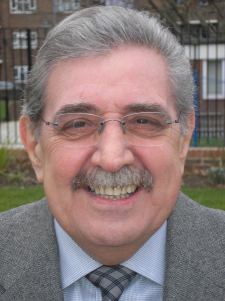 Labour council leader Cllr Peter John described Danny as "Southwark through and through".

Conservative group leader Cllr Michael Mitchell described him as "rooted in his community, progressive in his politics, and also staunchly patriotic".

Danny was a Labour councillor in Liddle ward between 1982 and 1998 and served twice as Mayor of Southwark – making him the only person to serve two full years as the borough's first citizen.

He was elected as a Liberal Democrat in Cathedrals ward in 2002 and 2006 before rejoining the Labour Party at the end of 2006.

He was chair of Borough & Bankside Community Council for a number of years.