Residents of the Nelson Square Gardens Estate off Blackfriars Road have celebrated the 50th anniversary of the post-war rebuilding of the square. 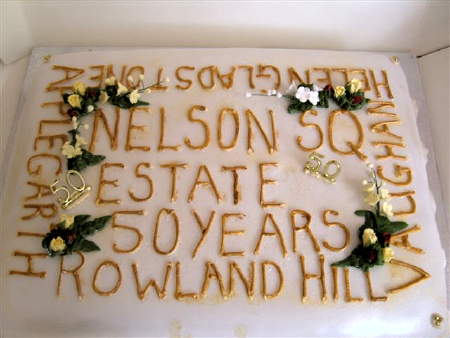 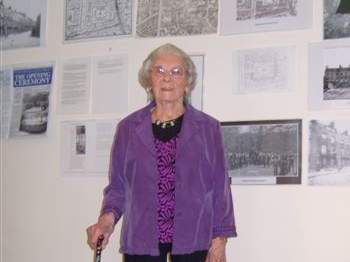 The celebrations – which included a tea party, children's art competition and games in the square – were organised by the Nelson Square Gardens Community Association.

The estate's oldest resident is 92-year-old Nellie Stagg who has lived on the estate since the completion of the Southwark Borough Council housing blocks which replaced the early 19th-century terraces destroyed in World War II.

Mrs Stagg helped to cut the giant birthday cake along with Cllr Danny McCarthy who congratulated residents on their hard work to make the estate a good place to live.

Residents shared their photographs and memories of the past half-century alongside an exhibition about the history of the square which goes back just over 200 years.