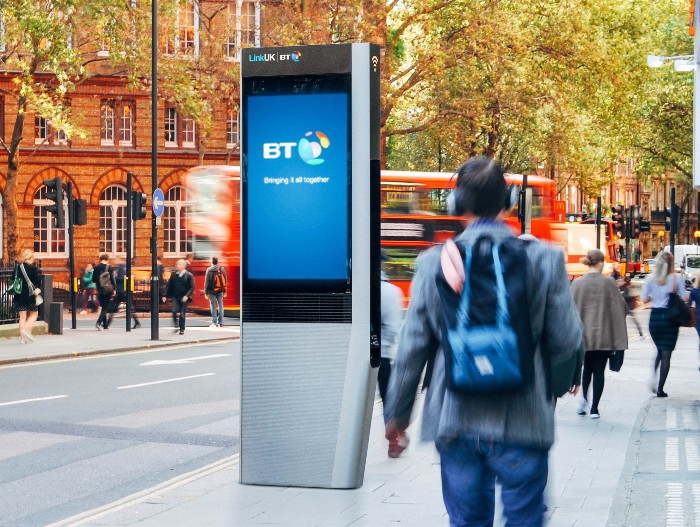 The LinkUK project is a collaboration between BT, Intersection and outdoor advertising company Primesight.

LinkUK is based on the LinkNYC kiosks installed by Intersection in New York City.

More than 100 LinkUK kiosks are planned for the streets of Southwark and dozens of planning applications have now been submitted to the council.

The kiosks will have handsets offering free phone calls to UK landlines and mobiles, as well as free high-speed wifi access and two USB sockets where mobile phone batteries can be topped up.

The free services will be funded from revenue from advertising displayed on the kiosks' digital screens.

"The increased connectivity and access to local services Links will bring to Southwark will undoubtedly benefit residents, visitors and businesses alike and supports our ambition to become a digital council," said Cllr Peter John, leader of Southwark Council.

Nick Hale of BT Wholesale and Ventures said: "This is the phone box of the future.

"We're evolving the phone box to make it relevant to people in the 21st century by offering them ultrafast Wi-Fi, free phone calls, rapid mobile charging, a range of digital and information services and all for free.

"Southwark is at the heart of one of the greatest cities in the world and it's entirely fitting that it will become one of the first boroughs in the UK to benefit from the new Links as we look to transform the look of our payphones and the services they offer the public."

BT has pledged to reduce street clutter by removing more phone boxes than will be replaced by Links.