Could Charing Cross Station be rebuilt with South Bank entrance?

A radical scheme to rebuild Charing Cross Railway Station with an entrance on the South Bank is among the options considered by Network Rail as it seeks to accommodate expected growth in passenger numbers over the coming decades. 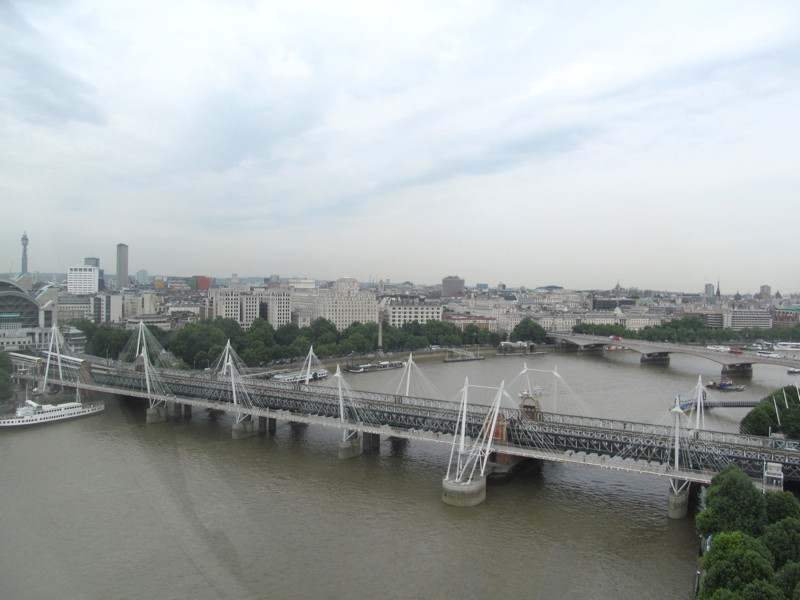 Network Rail's newly published draft Kent Route Study sets out the strategic vision for the future of the railway lines between Kent and London over the next 30 years.

One of the constraints on running more – and longer – trains into central London is the lack of space at Charing Cross Station, where not all the platforms can be fully used by 12-car trains.

One of the longer-term measures pondered in the Kent Route Study involves a radical rebuilding of Charing Cross Station and Hungerford Bridge, together with the possible closure of Waterloo East Station.

According to Network Rail's draft study, "a major rebuild of the station could allow it to be extended south over the river, like Blackfriars, providing compliant platforms and greater passenger circulation.

"At concept level, a new link to Waterloo from a southern entrance to Charing Cross may supersede Waterloo East allowing the station area to be used for additional track capacity, but there are likely to be many issues with a project on this scale."

Any such scheme is a long way from being a firm proposal let alone a funded project.

Network Rail's route managing director for the South East, John Halsall, said: "A bigger, better and more reliable railway is absolutely vital to support jobs housing and economic growth in Kent and south east London in the decades ahead.

"Our plan sets out how we will cater for forecast passenger growth up to the mid-2020s, primarily through longer trains at the busiest times of day. Beyond that, we need to look at more radical options to enable more frequent services and changing service patterns across the region.

"By working closely together with operators and potential funders, we can keep passengers moving well into the future."

A scheme to replace Charing Cross with a terminus on the South Bank was proposed in 1916 and finally abandoned in 1931.