The recent controversy about the future of skateboarding on the South Bank has prompted the Mayor of London's officials to commission a programme to promote skating, street art and busking. 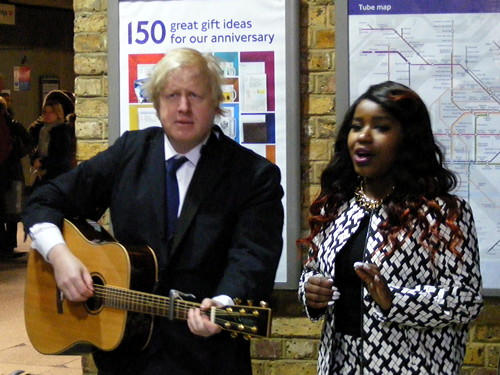 "The latest tourism research illustrates that unexpected, authentic and immersive experiences are key drivers for prospective visitors to city destinations," says the GLA report authorising the expenditure of Ł18,000 on the project.

"However, informal culture is often fragile and threatened by a range of factors from development to regulation.

"In the past year, some of London’s best buskers have been arrested, prompting calls for a change in the law, while the skate park on the South Bank has been threatened with closure, prompting the Mayor to publicly call for it to be preserved.

"Across London informal culture is frequently misunderstood and put at risk."

In September, Southbank Centre backtracked on its controversial plan to relocate the skateboarding area from the Queen Elizabeth Hall undercroft to Hungerford Bridge.

Southwark Council this summer proposed to introduce licensing and auditions for buskers and street entertainers on Bankside.