The Roman Catholic Archbishop of Southwark, the Most Revd Peter Smith, came to the Church of the Most Precious Blood in The Borough on Sunday morning to celebrate Mass as the local community comes to terms with last week's terrorist attack. 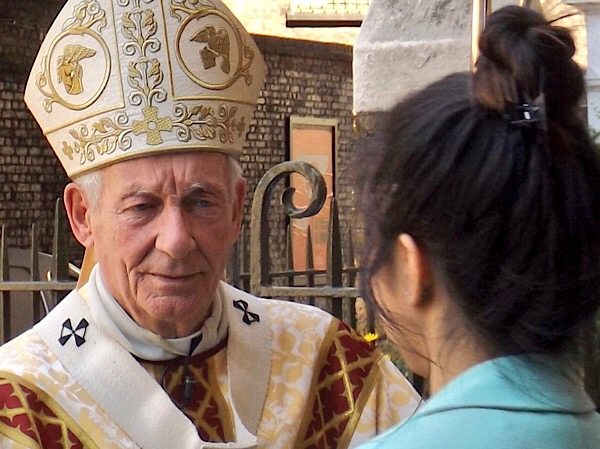 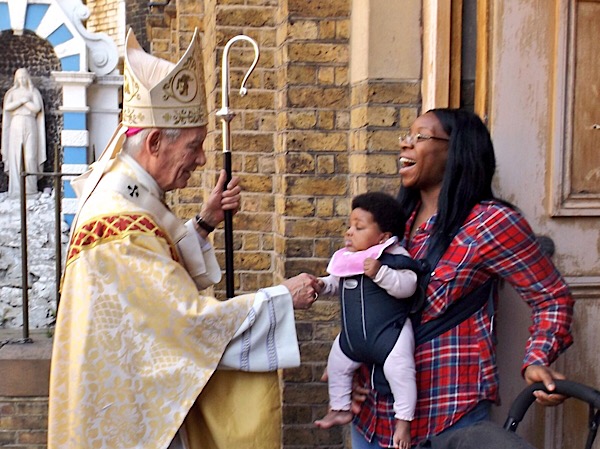 The church was initially inside the police cordon set up following the Borough Market terrorist attack. Parish priest Fr Christopher Pearson said that the incident had been frightening for many people.

Engineering work on the railway alongside the church in O'Meara Street was halted for an hour on Sunday whilst the Archbishop celebrated the main Trinity Sunday Mass.

The names of those murdered on London Bridge and in Borough Market were read out. Prayers included thanks for the work of the emergency services.

"This morning we think especially of those who have been killed or injured critically last weekend, for their families, friends and colleagues," said the Archbishop in his sermon.

"And for police and emergency services and others who came so swiftly to their aid without a thought for their own safety.

"It was a remarkable display of community cohesiveness," added the Archbishop who noted that people, seeing others "cut down" did not think 'I want to protect my own life'.

"They went out there with emergency services ... to assist in whatever way they could.

"We ask God our Father in his compassion and mercy to grant eternal rest to the dead and healing and consolation to the injured and their families.

"I am offering this Mass for you and this parish and all the local community and for all those who were involved in that awful act of evil.

"The positive side was how people came together.

"This country has known over the centuries all sorts of wars, civil disturbance and adversity. It is at those times the British spirit is to come together as a community and do what we can to help one another.

"That was displayed very much not only in Manchester, on Westminster Bridge and now here in Borough.

"We pray to God to bring peace and reconciliation to the world in which we live."