Part of the award-winning Southwark Underground Station could be demolished a mere two decades after it was built as part of the Jubilee line extension. 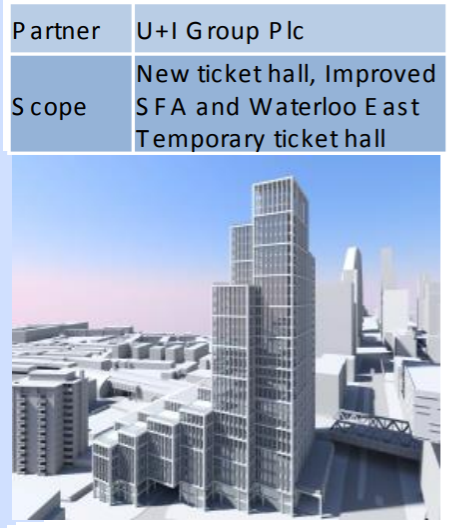 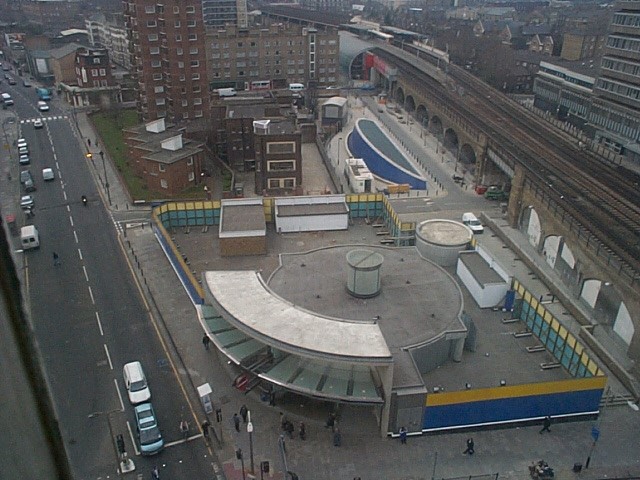 Southwark Station pictured soon after it first opened. Plans for a hotel above the ticket hall never came to fruition.

Designed by Richard MacCormac and opened in 1999, Southwark Underground Station has won several awards and many plaudits for its architecture.

Historic England has declined to recommend to the Department for Ðigital, Culture, Media and Sport that the station be given listed status after the Twentieth Century Society requested that the building be protected.

News of the failure of the application to have the building listed comes shortly after Transport for London's programmes and investment committee considered a report that included an image of a proposed redevelopment of the station site.

More than two years have passed since TfL picked U+I (then known as Development Securities) as its partner to construct a 'landmark' building above the Southwark Underground Station site on Blackfriars Road.

Although the 1990s station was always designed with future development in mind, TfL is now proposing to get rid of the distinctive sunken ticket hall and create a new surface-level entrance to the station.

According to Historic England's report on the listing application: "Detailed proposals are expected to be submitted in September 2017. They will provide improved access to the station entrance, probably at grade (street) level, to meet the greatly increased footfall and current health and safety standards, while the superstructure is expected to exceed the structural loading intended for the existing building.

"As currently outlined by TfL, the works may necessitate the demolition of the circular ticket hall and lobby to the rear of it, and renewal of the bank of escalators leading to the intermediate concourse, and these areas are therefore considered to be under threat."

Historic England's assessment of the station concludes: "The intermediate concourse and relationship with the lower concourse may have a high level of special interest, but along with the Waterloo East interchange are not under threat and cannot be recommended for listing at this time.

"Whilst they are part of the episodic journey through the station, the entrance hub and rotunda on Blackfriars Road are not of the same very high calibre architecturally, aesthetically or functionally as the intermediate concourse and its approach from below, and do not merit listing at Grade II*."