Nearly nine years after she took up residence at Southwark Cathedral, SE1's best-known cat Doorkins Magnificat is the star of a new children's book. 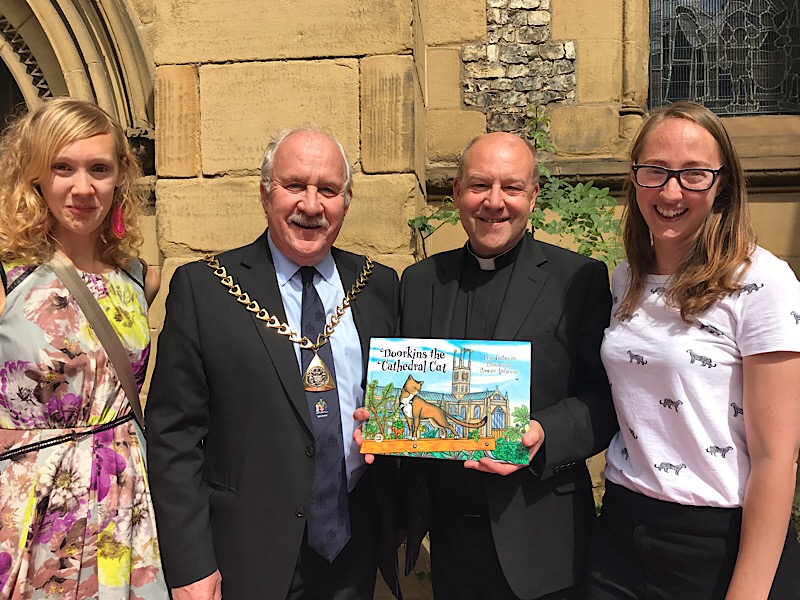 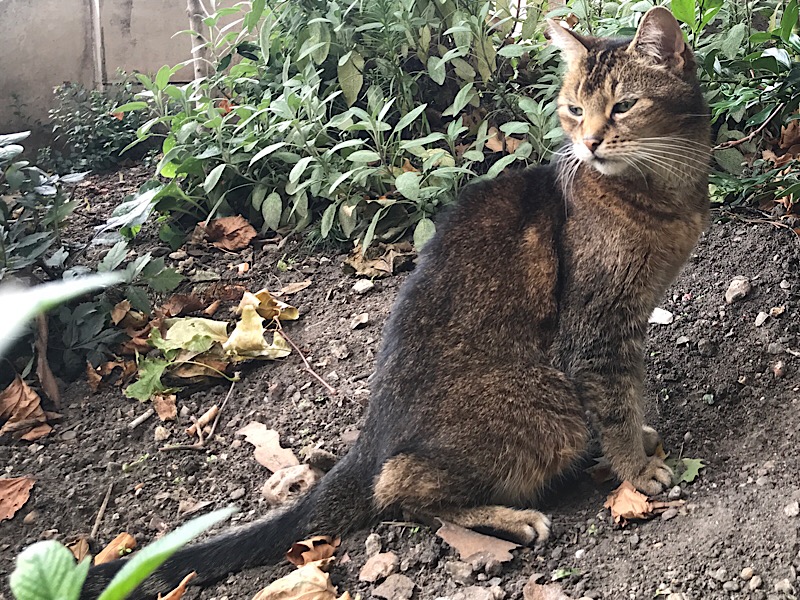 During the book launch whilst her fans toasted her good health, Doorkins preferred to keep to her usual haunts in the undergrowth of the cathedral churchyard

At Christmas 2008 a stray cat started turning up at the cathedral doors each morning asking to be fed and let in. She has stayed ever since, and spends her days snoozing in the cathedral and nights out in Borough Market.

Her fan club continues to grow (she's @DoorkinsM on Twitter) and Doorkins merchandise has long topped the bestseller lists in the cathedral shop.

Now the cat is the subject of a picture book that has been written, illustrated and published by members of the cathedral congregation.

Author Lisa Gutwein and illustrator Rowan Ambrose met while they were studying medicine and dentistry at Guy's Hospital and came up with plans for the book over a coffee at the Refectory Cafe.

The book tells the story of a week in the life of a busy cathedral cat, weaving together a series of real-life events including the famous occasion in 2013 when Doorkins slept soundly through a visit by the Queen.

Doorkins the Cathedral Cat received its official launch on Sunday, in the presence of Mayor of Southwark Cllr Charlie Smith.

The book – published by Jessica Kingsley Publishers – is on sale at the Southwark Cathedral shop or on Amazon.co.uk where a Kindle edition is also available.