Borough Yards: the new name for the Vinopolis complex

The developer turning the former Vinopolis premises into a new shopping and restaurant complex has named its scheme 'Borough Yards'. 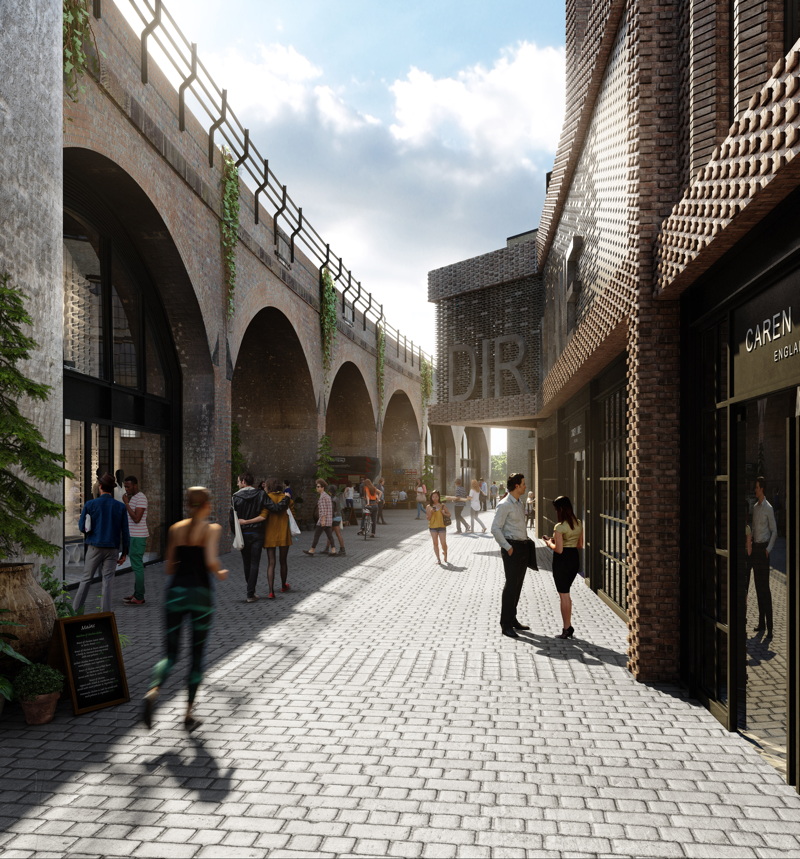 The £300 million project by Meyer Bergman was approved by Southwark's planning committee in summer 2016.

The site was previously occupied by wine tasting attraction Vinopolis which closed at the end of 2015.

This summer Everyman Media confirmed that it will open a cinema at Borough Yards when it is completed in 2020.

Meyer Bergman has now started the search for tenants for the 115,600 sq ft of retail and leisure space, with the developer particular keen to attract fashion retailers.

"Everyman Cinema and The Office Group are fantastic new anchors at Borough Yards, highlighting our ambition to create a world-class location with a vibrant Balance of work and lifestyle," said Markus Meijer, chief executive of Meyer Bergman.

"This part of Borough has been under-served in terms of a retail offering given the needs of the local community, the commuters who arrive at London Bridge and the number of visitors exploring the iconic sights in this part of London.

"The Everyman Cinema will make Borough Yards an after-work entertainment venue too, a valuable addition to the area that will make it livelier in the evenings. We see this project as a huge opportunity to create something truly unique and are looking for retail and leisure concepts that fit our vision."

Architect Trevor Morriss of SPPARC has designed the scheme which occupies the arches under the southern approach to the Cannon Street railway bridge. He said: "Retailers have a unique opportunity to build unforgettable flagship experiences in beautiful, raw-brick cathedral like industrial spaces.

"The extensive network of railway viaducts and arches at Borough Yards is one of site's and London's great legacies of the Victorian era.

"These splendid structures are being restored and integrated into the development scheme, weaving and cohabiting historic heritage with contemporary architecture."