Builders' merchants Travis Perkins has surrendered the lease on its decorating supplies shop in Blackfriars Road, citing the effect of the cycle superhighway. 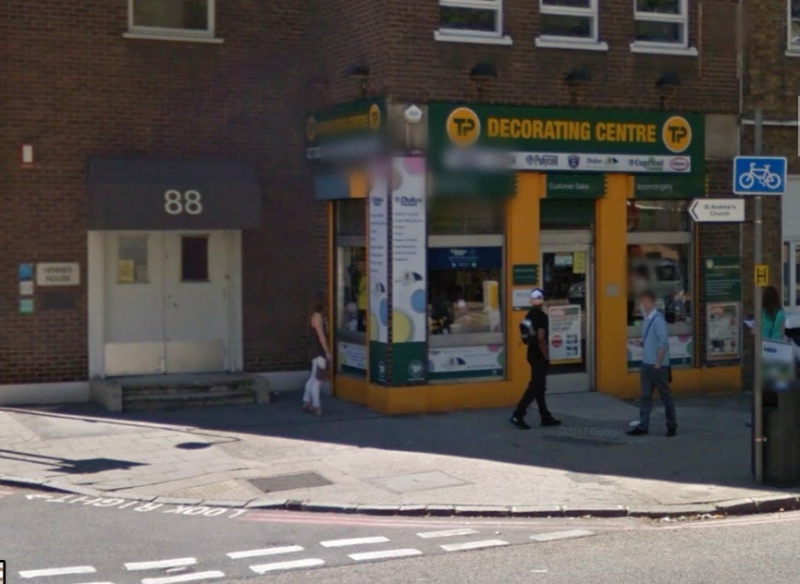 The shop at the corner of Blackfriars Road and Ufford Street has been closed for some time whilst works are carried out on the building.

However, the landlord of the building is now seeking planning permission (18/AP/1499) for change of use to allow the shop to be used as office space or a restaurant.

"Prior to the commencement of construction, the tenant, Travis Perkins, confirmed that they would reoccupy the unit upon completion of the works," wrote Sam Harper of consultants Firstplan in a letter to Southwark Council.

"However, the freeholder has recently been made aware that the tenant will be terminating their lease, effective immediately, thus a new occupier needs to be found for the space.

"The primary reason cited by Travis Perkins is the introduction of the cycle superhighway, which prevents all short-term visits and pick-ups immediately to the front of the unit, which was so important to their trade.

"As a builders' suppliers, specialising in decorating supplies, these collections are the lifeblood of their business.

"The fact that this is no longer possible, nor is there an option to turn off Blackfriars Road onto Ufford Street (this has been blocked as part of recent works), and because the unit remains in an off-pitch location, means it is no longer economically viable for the previous tenant to return to the unit."

• Further north on Blackfriars Road, the counter installed in February has recorded a quarter of a million bike journeys on the cycle superhighway in less than three months.