City of London to fit sprinklers at Avondale Square towers

Sprinkler systems are to be installed in three 20-storey social housing blocks on the Avondale Square Estate, after a decision by the City of London Corporation. 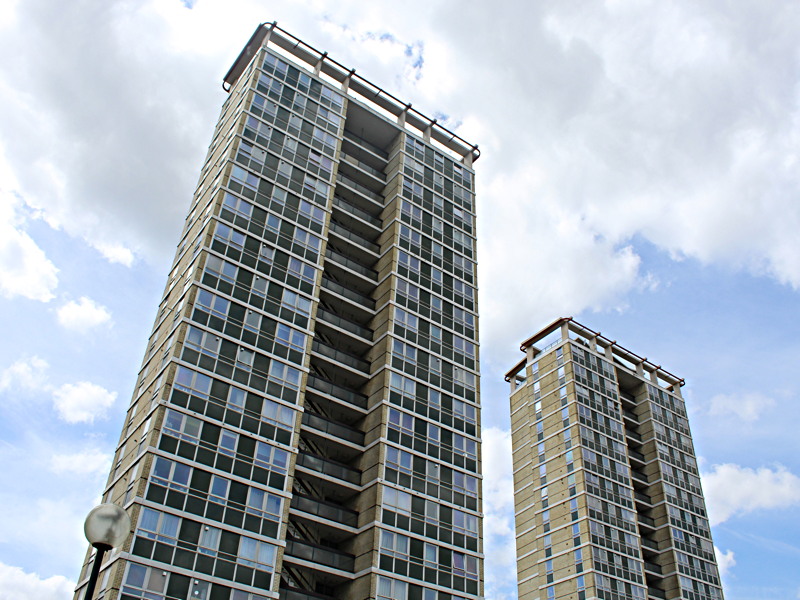 Centre Point and West Point. Each block has 74 flats.

Three of the blocks are 20-storey towers on the Avondale Square Estate in Southwark.

A feasibility study puts the cost of installing sprinklers at West Point, Centre Point and East Point at Ł1.3 million plus VAT.

"The installation of fire sprinklers in our social housing high-rise tower blocks was agreed in principle by elected members at the community and children's services committee on Friday," the City of London Corporation told the SE1 website in a statement.

"The funding approach will be agreed at the next committee in June.

"The security of our residents is paramount and naturally they have been concerned about fire safety.

"We have done a lot of work since last year to ensure residents are safe in their homes and to enhance fire safety on our estates.

"In the past year the City of London Corporation has moved from a three-yearly Fire Risk Assessment (FRA) to an annual independent FRA.

"All the City Corporation's tenants are part of a programme of electrical testing and rewiring which includes new hard-wired fire detectors being installed.

"As part of its fire door replacement programme, the City Corporation is also upgrading front doors to provide up to 60 minutes of burn time across its estates."

The committee heard that a front door from a flat at Eric Wilkins House on the Old Kent Road had failed after being exposed to fire for 15 minutes and 30 seconds.

The City Corporation estimates that replacing all the front doors across its residential blocks will cost around Ł4 million.

The London Fire Brigade is calling for landlords to retrofit sprinklers in all high rise blocks and other buildings with vulnerable residents.

The brigade's assistant commissioner for fire safety Dan Daly said: "Sprinklers are the only system which detects a fire, suppresses a fire and raises the alarm and we believe they are vitally important as part of a package of fire safety measures, particularly in buildings where there are vulnerable people such as care homes and schools."