The headquarters of the Financial Times at One Southwark Bridge are to be sold to M&G Real Estate in a £115 million deal. 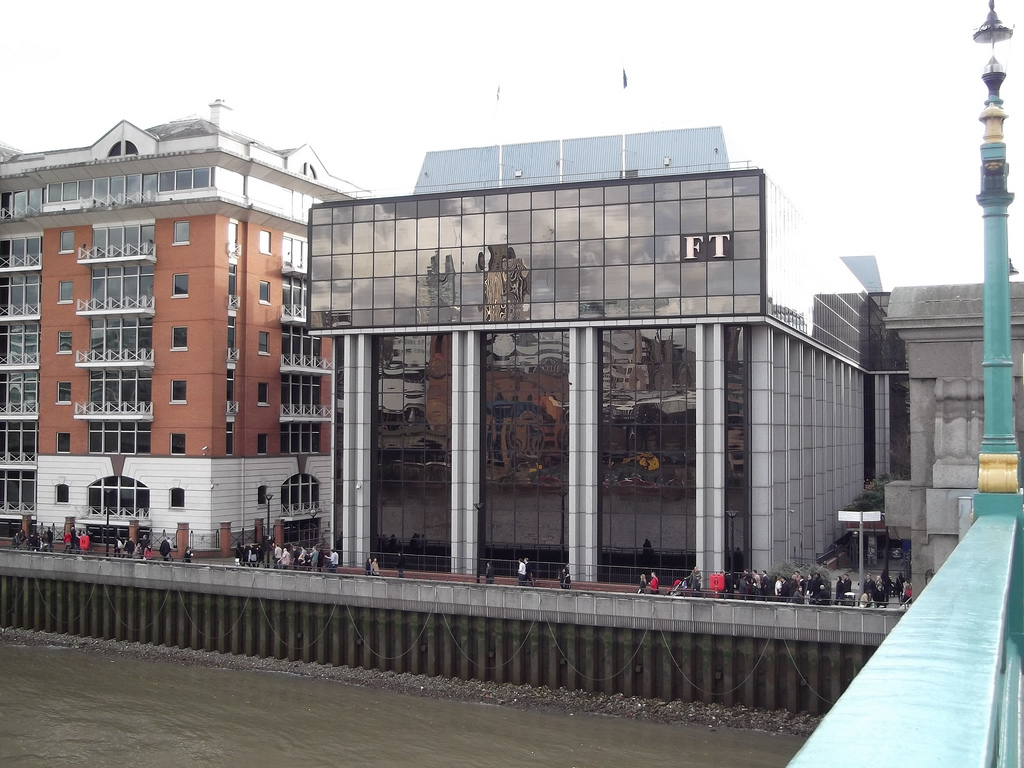 Photo by Matt Brown used under a Creative Commons licence

The building is currently home to the Financial Times until it returns to its former headquarters at Bracken House in the City of London next year.

Ownership of One Southwark Bridge was retained by Pearson when it sold the FT to Nikkei in 2015, with the newspaper remaining as a tenant.

Ben Almond, global head of property at Pearson, said: "This is an important step for Pearson in simplifying its UK property portfolio and becoming a leaner and more efficient company."

Until last year M&G also owned the adjacent Riverside House site on Bankside which it sold to the Qatari royal family's private property company, Alduwaliya, for around Ł150 million.