Ian Keatley has been appointed as Southwark Cathedral's new director of music, succeeding Peter Wright who retires this summer after 31 years in the role. 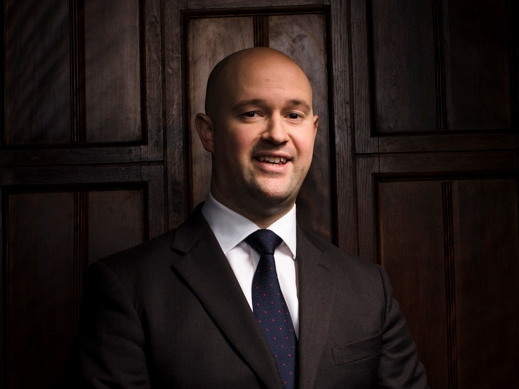 He began his career as a cathedral musician as a vicar choral at Wells Cathedral, and has served at Westminster Abbey, the Chapels Royal and the Tower of London, as well as being a former organ scholar at Southwark Cathedral where he was the founding director of the Merbecke Choir for young adults.

Ian will succeed Peter Wright who retires at the end of July, having served as director of music at Southwark Cathedral for the last 31 years.

Commenting on his appointment, Ian said: "As a musician I am inspired to provide music that supports, colours, enriches and assists in the celebration of the Eucharist and the daily office, thereby reflecting our monastic traditions and the singing of the Opus Dei.

"This post of director of music at Southwark Cathedral will allow me to utilise this experience as a member of a community building on the many musical strengths in the tradition of the place."

The Dean of Southwark, the Very Revd Andrew Nunn, added: "We are looking forward to welcoming Ian back to Southwark. His skills as a cathedral musician are outstanding, as is his commitment to our vision: developing and growing the great tradition we have here and helping to inspire music making around the diocese as well as at the cathedral."

Ian Keatley will be installed as director of music on Sunday 8 September.

This summer the cathedral is hosting a series of organ recitals to mark Peter Wright's retirement, one of which will be given by Olivier Latry of Notre Dame Cathedral, Paris.

Radio 3 is also due to broadcast Choral Evensong from Southwark Cathedral in July.

Both of Southwark's cathedrals have seen changes in their musical leadership this year. In January, Jonathan Schranz took over from Norman Harper as director of music at the Roman Catholic St George's Cathedral. Next month St George's is hosting a Chorister Recruitment Day.