Bankside buskers and entertainers could be licensed by council

Bankside may have a long history as a place of entertainment beyond the regulation of the city authorities but buskers and street performers could soon be subject to a new licensing regime. 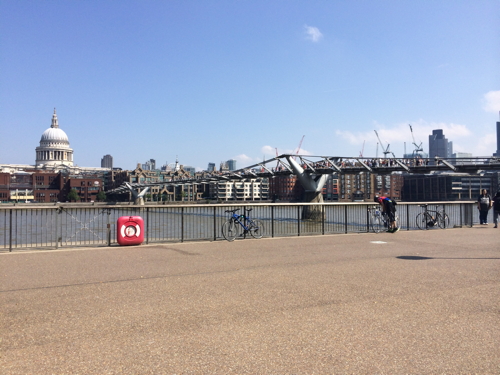 News of the plan was announced by John McHenry, Southwark's head of markets and street trading, at Borough, Bankside & Walworth Community Council this week.

The council is proposing to restrict buskers and entertainers to a short section of the Thames Path west of Millennium Bridge and to prohibit the activity in the rest of the area from Oxo Tower Wharf in the west to a point east of Southwark Bridge.

Draft documents displayed at the community council meeting indicate that the council intends to model its scheme on Transport for London's system of licensed pitches at London Underground Stations.

The rota for licensed performers is likely to be drawn up by Better Bankside, the local business improvement district (BID), who would also oversee auditions.

If the scheme is introduced, buskers will be charged an annual fee for their licence, expected to be comparable to the Ł35 levied on casual street traders.

The aim of the scheme is to drive up the quality of performances in this prominent riverside location and reduce complaints from local residents about noise nuisance and disturbance.

Earlier this year Southwark Cathedral's director of music Peter Wright wrote to the Evening Standard: "I have lived on Bankside for 25 years and over the past 15, the noise from itinerant musicians has become intolerable.

"Many have a limited repertoire of one or two pieces which they repeat incessantly and amplify to unacceptable levels at all hours.

"While passing tourists may find the experience amusing, having to listen continually drives residents insane."

Respondents to the questionnaire will be asked to suggest a possible Balance between buskers and non-musical entertainers at the proposed four licensed performance pitches.

A final decision on whether to introduce the scheme will be taken by the council's licensing committee in the autumn.