Three months after a teenage boy was stabbed in Druid Street, local police officers have been delivering witness appeal leaflets to nearby residents. 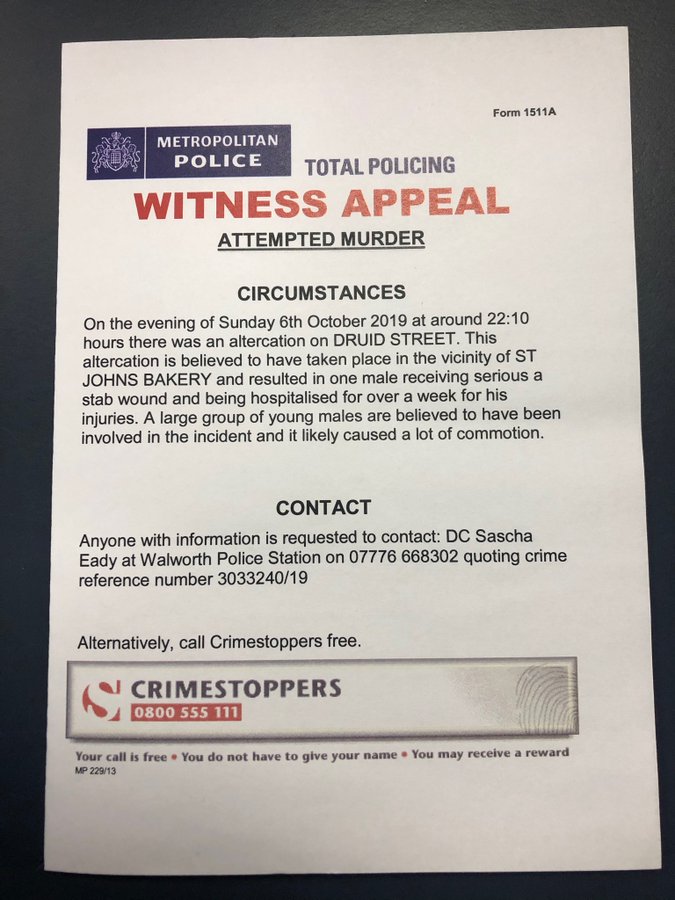 This weekend every household on the Arnold Estate has received a leaflet from the London Bridge & West Bermondsey safer neighbourhood team appealing for information about the incident which took place on Sunday 6 October last year.

Police believe that the altercation took place near the St John Bakery in Druid Street at about 10.10pm.

The victim, a 16-year-old boy, was treated in hospital for over a week for his stab wounds.

"A large group of young males are believe to have been involved in the incident and it likely caused a lot of commotion," say police.