The run-down 1960s tower occupied by the London College of Communication is due to get a colourful makeover this year as part of works to extend its life until the college's new premises are built. 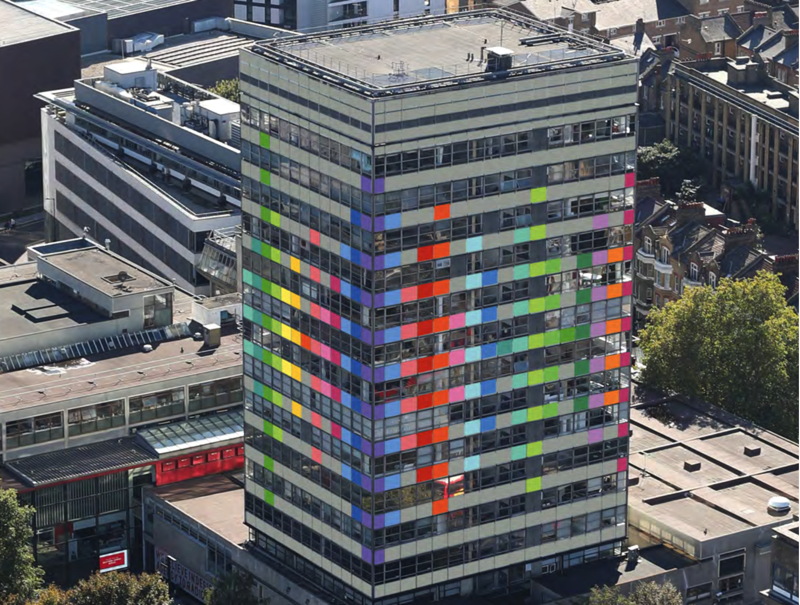 CGI showing the proposed design for the LCC tower 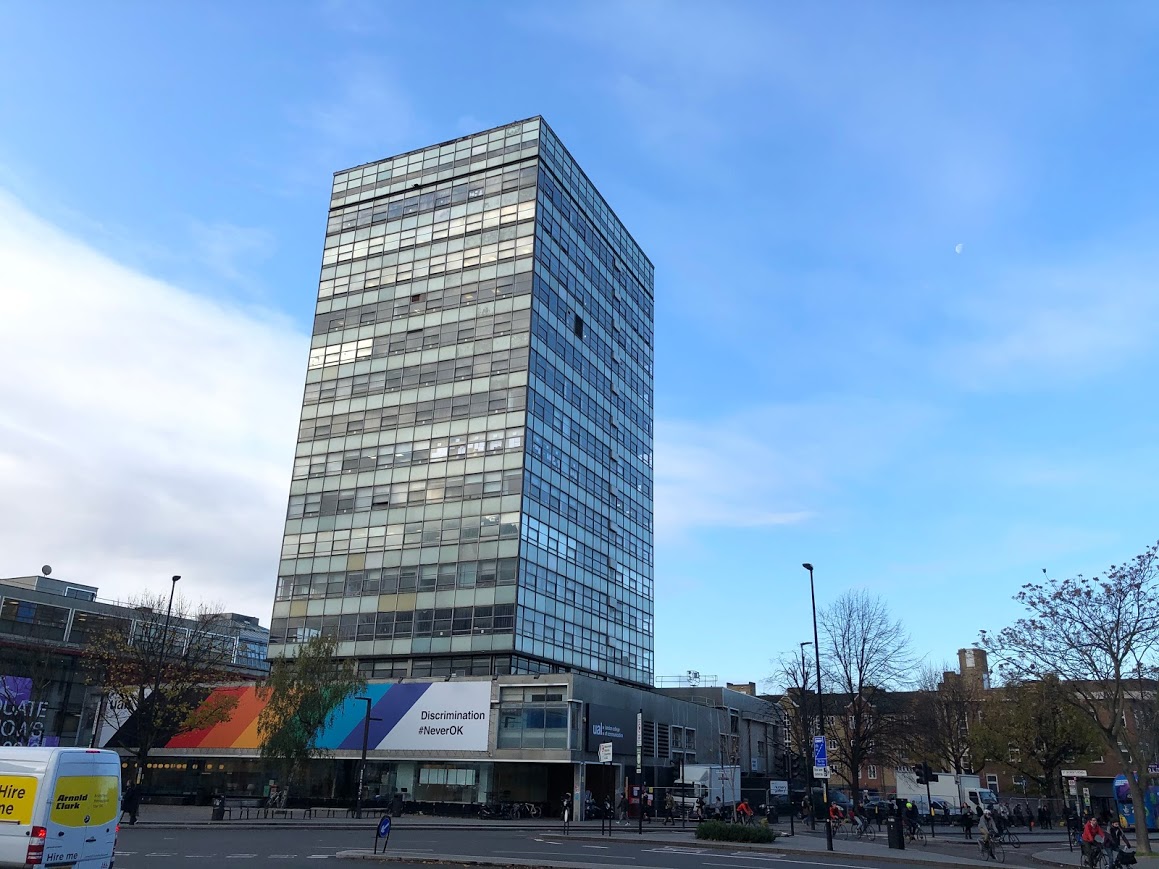 A recent view of the LCC building

Even with the shopping centre's closure date now announced it will be a number of years before the college can move to its modern facilities.

"The building's relative size must have given it some presence when it was originally built but it has never aspired to significant architectural merit and with its external fabric well beyond its design life it looks decidedly tired," according to a document submitted to Southwark Council by BPA Architecture.

"It is not projecting the image of a university ranked among the first six in the QS World University Rankings for art and design."

LCC plans to take advantage of works required for safety and thermal improvement to change the appearance of the tower by adding coloured vinyl film to the cladding.

"The design is not random but is based on exploring sound wave/media waves using a colour spectrum.

The BPA Architecture design statement continues: "Though the tower this height must originally have been dominant in the area, subsequent higher towers have been built on all sides of it leaving it somewhat dwarfed.

"The use of strong colour is an intentional contrast amongst the other monochromatic towers and will enable it to restate an appropriate significance.

"It will also help to identify its design and educational status amid its mostly residential neighbours."

The college's windows will also be covered in film to reduce heat loss and solar gain.

Southwark Council planning officers have approved the makeover, noting that "the vinyl overlays are reversible and thought to create a playful façade, providing an engaging interaction with the tall host building".