Church holds service at Crossbones to acknowledge treatment of outcasts

The Dean of Southwark led an act of 'regret, remembrance and restoration' at Crossbones Graveyard on Sunday to remember the outcasts whose remains lie in the burial ground. 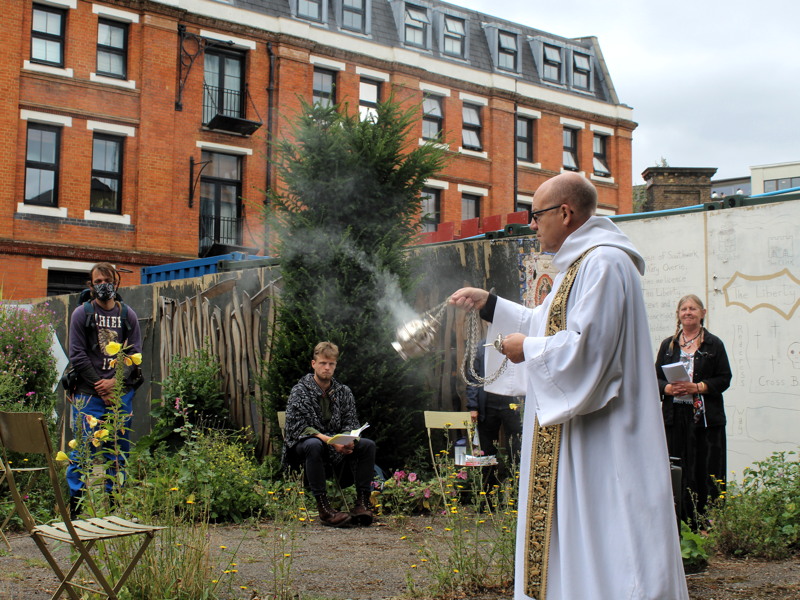 Thousands of people – especially those on the margins of society including prostitutes from Bankside's brothels – are thought to be buried at Crossbones, which continued to accept new burials until 1853.

The ceremony – held by Southwark Cathedral each year since 2015 on the nearest Sunday to the feast of St Mary Magdalene – is intended to recognise the historical role of the church in licensing prostitution on Bankside, and to acknowledge that Christian burial had been denied to some outcasts from society.

This year's service went ahead with limited capacity and social distancing measures in place.

Last month Southwark councillors approved plans for the redevelopment of the Transport for London-owned land adjacent to Crossbones Garden.

As part of the redevelopment the garden will be improved and open to the public for longer hours.