Southwark's Lib Dems have launched a bid to oust Cllr Danny McCarthy from the chair of Borough & Bankside Community Council - a move branded "spiteful and vindictive" by Labour. 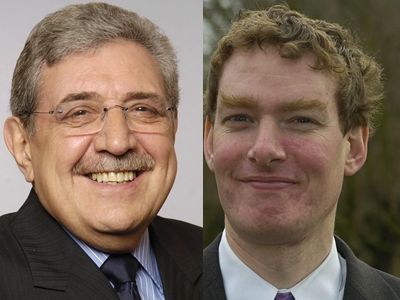 It is understood that Lib Dem whips David Hubber and Linda Manchester will bring forward a motion at the next Council Assembly meeting on 24 January seeking to remove Cllr Danny McCarthy from the chair of Borough and Bankside Community Council.

The community council is made up of the six councillors representing Cathedrals and Chaucer wards. Cllr McCarthy has been chair since the devolved decision-making meetings were established in 2003.

Cllr McCarthy hit the headlines in November when he resigned from the party days after he was suspended by the Lib Dem group for failing to pledge loyalty to the party.

Now senior Lib Dems have launched a savage attack on the veteran councillor, claiming that he is seeking to rejoin Southwark's opposition Labour Group.

"In every other Community Council area the Chair is from the majority party locally. Borough & Bankside is no different and the Group voted unanimously to maintain this principle – a principle which he will find his new colleagues in the Labour Group also stand by."

Reports that he is poised to join Labour were denied by Cllr McCarthy on Wednesday. He told the London SE1 website: "I haven't as yet sought to join the Labour Party, and I don't at this time intend to".

"When Danny chose to leave the Liberal Democrats he publicly stated that he would not be joining the Labour Group and now he has changed his mind again. The residents need a community council chair they can trust."

"A rat joining a sinking ship"

Lib Dem leader Nick Stanton called on Cllr McCarthy to resign his seat and fight a by-election: "This is an example of a rat joining a sinking ship. He is now applying to join a group that is directly opposed to so much of the manifesto he was elected on. Labour are imposing health cuts in Southwark and cutting legal aid for local people. Labour in Lambeth have shown that you cannot trust Labour not to flog off council housing stock.”

"When he left the Liberal Democrat group, Cllr McCarthy promised to support the manifesto he was elected on less than a year ago. By joining the Labour Group he won't even be able to do that. The only honourable thing to do now is for Cllr McCarthy to resign and seek a new mandate from the people of Cathedrals Ward."

Labour chief whip Cllr Paul Bates says that Cllr McCarthy's resignation is symptomatic of wider problems in his former party: "Southwark Liberal Democrats are in complete disarray. Not only has Cllr Danny McCarthy left their group in disgust at their decision to get into bed with the tiny Tory group on Southwark Council, but one of their leading party members and former parliamentary candidates [former executive member Richard Porter] has gone the whole hog and just jumped ship to join the Conservative party.

"The unrest among their rapidly-depleting ranks is spilling out into the public domain. When people voted Lib Dem in May, they did not think they were voting for a party that would bend over backwards and allow a minority Tory party to dictate how Southwark Council is run.

"It's the policies of cuts and closures that has driven Danny McCarthy from the Lib Dems – their latest move is nothing more than a spiteful and vindictive attack on a respected local councillor who has given years of service to the borough.

"I urge other unhappy Lib Dems to consider whether they feel at home in a party that has clearly turned its back on the political principles it once claimed to hold."

• Cllr McCarthy is due to chair the next meeting of Borough & Bankside Community Council this evening at Charles Dickens Primary School.