The Tour de France passed along the South Bank and through Bermondsey on Sunday morning, but spectators were thin on the ground. 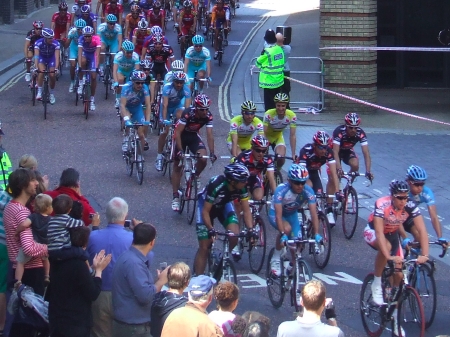 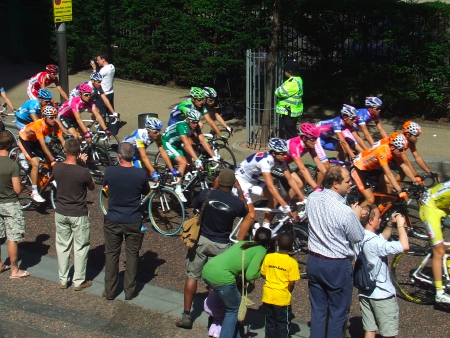 The pavements of Upper Ground were far from packed 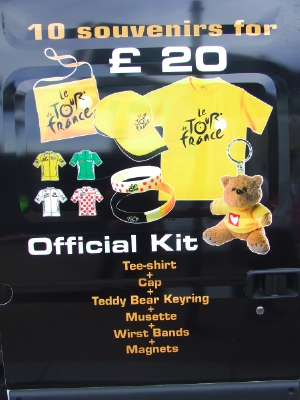 Who can resist a Tour de France "wirst band" [sic]? 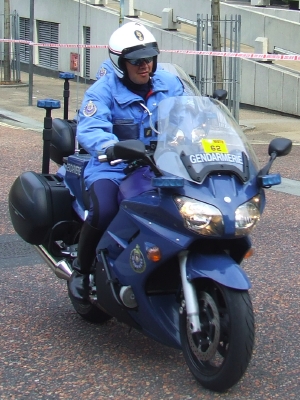 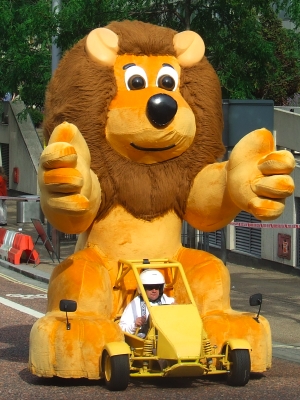 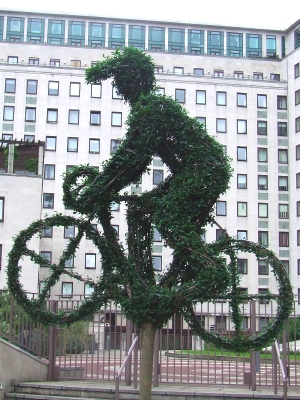 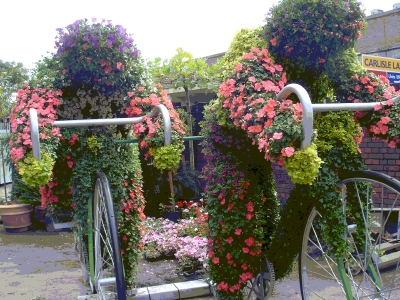 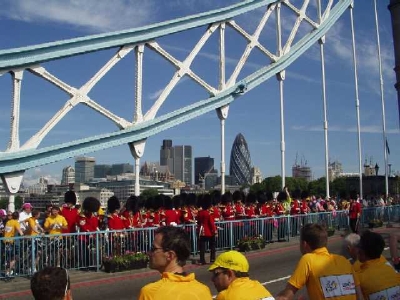 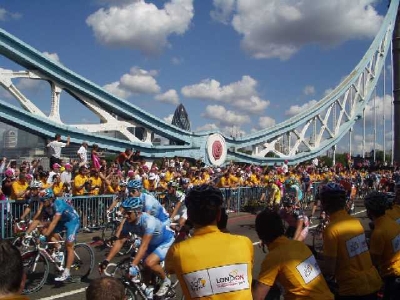 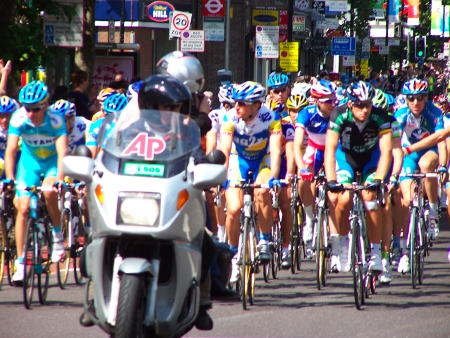 There were few spectators on the route when the publicity caravan passed along the South Bank early on Sunday morning, but the crowd had grown by the time the 189 riders came past at about 10.30am.

Spectators were greeted by the unusual sight of French Gendarmes on duty in London.

The processional start for stage one of the Tour de France began in The Mall and crossed on to the South Bank via Westminster Bridge. The route then took in York Road, Chicheley Street, Belvedere Road and Upper Ground. The peloton headed north into the Square Mile via Blackfriars Bridge, returning to Southwark via Tower Bridge before heading east along Tooley Street and Jamaica Road.

The Tour paused on Tower Bridge where Mayor of London Ken Livingstone waved a flag to send the competitors on their way to the official start of the London-to-Canterbury race in Greenwich.

Meanwhile two fire boats provided a display on the Thames next to the bridge.

"The eyes of the world have been on London this weekend, and the first Grand Depart in the UK has been a phenomenal success," commented Mr Livingstone.

"Not only has our city successfully hosted the world's biggest annual sporting event, but we have set out a stall for a cycling renaissance in London."

The major policing operation for the Tour de France was coordinated in the Met's new Lambeth Road control room.

A centrepiece in the shape of two cyclists was placed against the backdrop of the London Eye in Belvedere Road.

The display – assembled at Veolia's depot in Archbishop's Park – has a special irrigation system built into the bike frames which water the flowers and incorporates forklift points to facilitate transportation.

After the Tour de France the full display will be put in front of the London in Bloom judges before being whisked off to the Lambeth Country Show and then placed in each of Lambeth borough's town centres.

"Particular thanks must go to Robert Allan and Robert Presnell for all their hard work and incredible efforts in putting this fantastic display together."