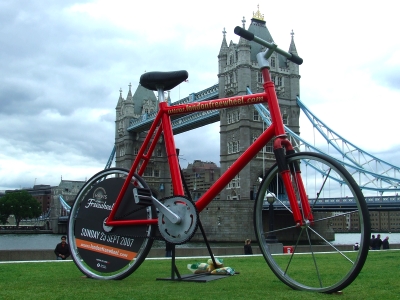 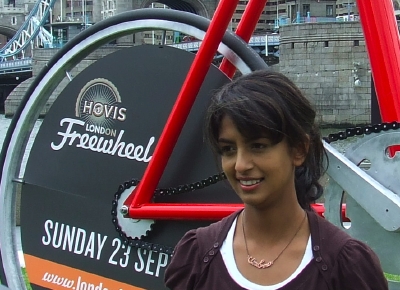 The Hovis London Freewheel will take place on Sunday 23 September and is aimed at cyclists of every age and ability.

The 14 km central London route will be made traffic-free allowing thousands of riders to take over the streets and enjoy the capital's sights.

The route crosses the river at London Bridge and takes in Duke Street Hill and Tooley Street with a turning area at the junction of Tooley Street and Queen Elizabeth Street next to Potters Fields Park.

The Mayor hopes to use the event to encourage more Londoners to cycle. It is estimated that 40 per cent of Londoners have access to a bike but only five per cent use one regularly.

There will be six 'Freewheel Hubs' across London where riders can gather to be led by experienced cyclists onto the vehicle-free route. The hubs will also offer the chance to have bikes checked by experts. The Southwark hub is at Peckham Rye.

Riders will also be able to take part in the Freewheel Festival – an event at St James's Park open to all participants and their family and friends. Highlights of the festival will include a Hovis picnic, BMX, mountain and trial bike stunts, cycling acrobatics, and a cycling circus along with children's activities and information on cycling in London.

"2007 is a massive year for cycling in London," says Ken Livingstone. "When the Tour de France arrives in two weeks time, we will see the world's top professional cyclists speeding around the streets of capital.

"This September, the Hovis London Freewheel will give Londoners a unique opportunity to have a go themselves and cycle past the capital's most iconic sights on roads without other traffic. The event will be a free, fun celebration of cycling aimed at everyone particularly those people who have a bike but haven't ridden for a while."

Registration for the event is now open at www.londonfreewheel.com

Places will be limited, so people are encouraged to sign up soon in order to receive email updates and a welcome pack.