Tesco has revealed its latest proposals for its Old Kent Road site which could see the store doubled in size and 488 new homes built above it. 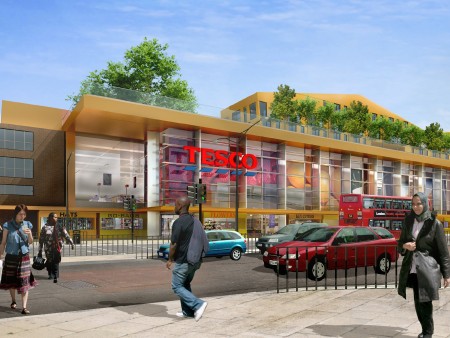 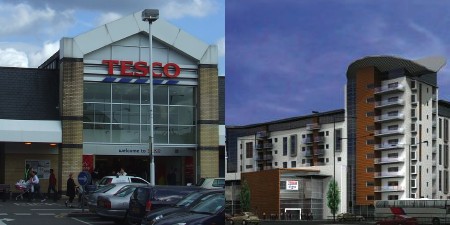 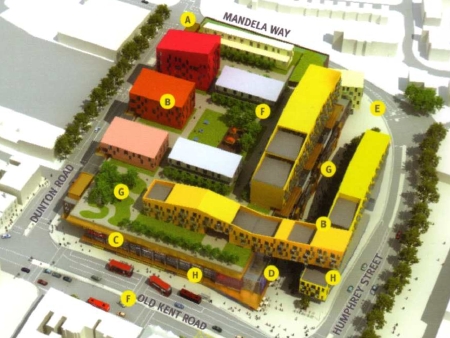 Last October Tesco announced that it planned to redevelop the site at the junction of Old Kent Road and Dunton Road to incorporate 320 new homes.

Now it has published new proposals by BDP Architects which include 488 homes, 50 per cent of them 'affordable'.

Last year's proposals were for a single block of housing above the supermarket, but the latest plans have broken this up into a series of smaller buildings connected by green public space on the roof of the store.

The Tesco store would be doubled in size and its main entrance moved to face Old Kent Road. The store's car park would be at ground level with the supermarket above. Small shop, restaurant and cafe units would provide an 'active frontage' to Old Kent Road.

Currently around 50 per cent of shoppers at the supermarket arrive by public transport or on foot, a higher percentage than most comparable London stores.

Tesco says that it is looking for a nearby site for a temporary store during the likely 15- to 18-month demolition and construction period.

A planning application is expected in the next few months.