The Central School of Ballet and a 335-bed student residence could soon be coming to a derelict site between Hatfields and Paris Garden. 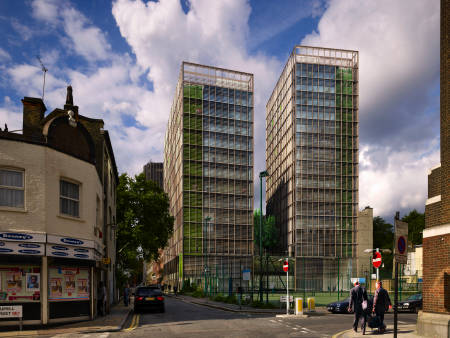 The proposed development seen from the junction of Hatfields, Roupell Street and Meymott Street 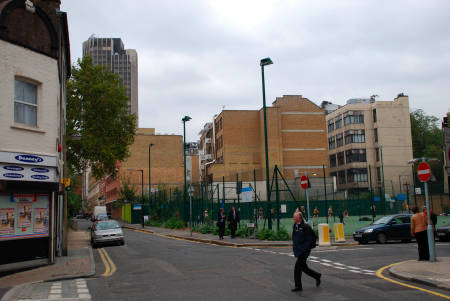 A similar view in 2007. Photo by Jenny Davell 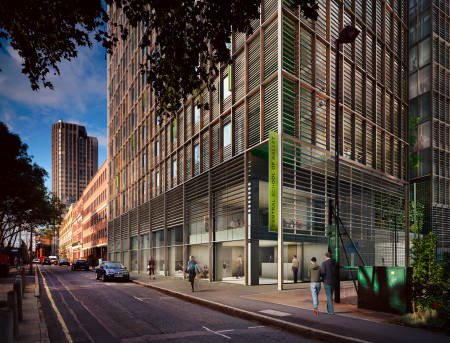 The proposed frontage of the Central School of Ballet on Hatfields

A planning application for the scheme by Hive Student Residences has been submitted to Southwark Council this week. The site, which has been derelict for many years, sits between Hatfields and Paris Garden, immediately north of the Colombo Centre's tennis courts.

Designed by local architects Allies & Morrison, the timber-clad building consists of 17-storey and 14-storey towers connected by a podium.

Residents of the student accommodation – which would be accessed from the Paris Garden side of the building – would enjoy the use of roof gardens and a terrace with trees on the podium between the towers.

The south-western and south-eastern corners of the towers would feature 'living walls' of greenery.

The lower levels of the building are intended to provide a new home for the Central School of Ballet. The dance studios would be visible from the Hatfields side of the building.

The school, founded in 1982, is currently based in Clerkenwell. Its core work is a three-year BA course in professional dance and performance.

It also runs popular after-school and weekend dance classes for children which the school is keen to make available to the Lambeth and Southwark community when it moves to SE1.

Whilst some of the student accommodation would be reserved for CSB's students, the remainder would be occupied by students from other nearby institutions.

If the scheme obtains planning permission it could be completed by 2010.

• This summer planning permission was granted for a new headquarters for the Rambert Dance Company – also designed by Allies & Morrison – as part of Coin Street Community Builders' Doon Street development. The timing for that scheme is now in doubt as the tower and leisure centre elements of the development have been called in for public inquiry by communities minister Hazel Blears.