First proposed a decade ago and an empty shell for nearly five years, the Central School of Ballet has relaunched its fundraising efforts to complete its new South Bank home. 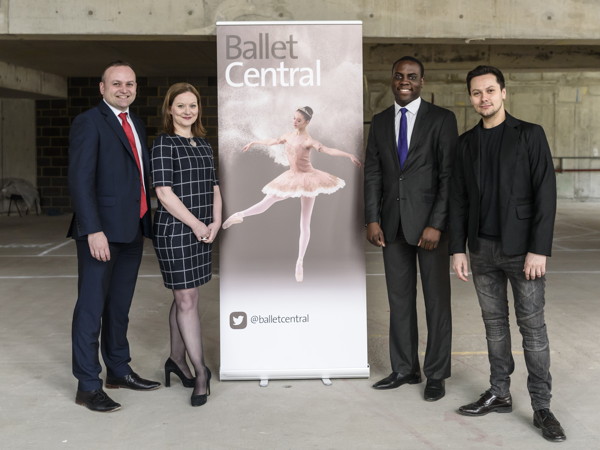 The Paris Gardens [sic] student residence opened in 2013 next to the tennis courts between Hatfields and Paris Garden.

A new home for the Central School of Ballet was an integral part of the development – first proposed in 2007 – but the ballet school space has lain vacant for nearly half a decade.

This week the Central School of Ballet relaunched its fundraising efforts to fit out the concrete shell with the aim of relocating from its current Clerkenwell home in the 2018/19 academic year.

It has raised £3 million so far – but needs another £6 million to complete the project.

"We will have space to grow, to nurture creativity at all levels, to inspire partnerships and to encourage the local community to experience our passion for dance," said Heidi Hall, director of the school.

"The response to our plans has been enthusiastic and many major donations are already in place or pledged.

"We are now accelerating our fundraising activities to finance the final stage of the development."

Neil Coyle MP was among the guests at a launch event on Tuesday morning. Welcoming the school's commitment to provide opportunities for local people, he said: "It is an incredibly positive day to see another jewel added to Southwark's cultural crown!"

Cllr Johnson Situ, Southwark's cabinet member for business, employment, culture and social regeneration, said: "We are thrilled that the Central School of Ballet is planning to be part of Southwark's growing reputation as a cultural destination.

"It is one of our key commitments that local people are able to benefit from the regeneration happening across the borough, and as well as offering local people access to world class entertainment as the ninth new theatre to open in the borough by 2018, the school is already running a satellite ballet school at the Alfred Salter school which has been established since 2011 in anticipation of their move."

In 2012 the entire block was sold for £45 million to a joint venture including a Bahrain-based investment company.

The 253-bedroom student residence is now operated by Pure Student Living. The cheapest accommodation in the block costs students £17,000 a year with the penthouse attracting an annual rent of more than £22,000.

Although the student rooms are currently let on 51-week contracts, plans are now afoot to provide accommodation for the general public during university vacations.