John Harvard Library in Borough High Street is to receive a £1.4 million makeover after Southwark Council successfully bid for cash from the Big Lottery Fund. 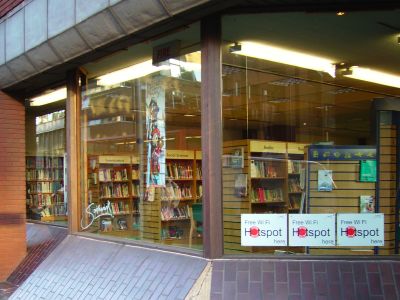 "John Harvard Library is now set for a makeover that will bring it well into the 21st century – offering better and brighter services," says Cllr Lorraine Zuleta, Southwark's executive member for culture, leisure and sport.

"We are absolutely delighted and excited to be awarded such a substantial amount of money after presenting our ideas to the Big Lottery Fund."

The winning bid submitted by Southwark Council included a complete upgrade of the 30-year-old lending library's IT system, a redesign of the interior and the provision of a small cafe.

The council claims that the installation of a self-service book issuing system will free up staff to help visitors get the most out of the other services the library offers.

It is proposed to make the public library a 'flagship service' for people with disabilities, to include the provision of sensory material for visually-impaired visitors.

Over the next six months the council will develop its proposals before work begins in 2008.

Local residents will be given the opportunity to provide input during this process. A community board made up of local people and suppliers will also be set up.

Southwark Council was awarded £1,420,594 over a period of three years to carry out the John Harvard Library project.

The council says that it will look at extending opening hours.

Do you welcome the revamp? Or should the money be spent on books instead?