Southwark Credit Union is celebrating its 25th anniversary with the launch of a new current account. 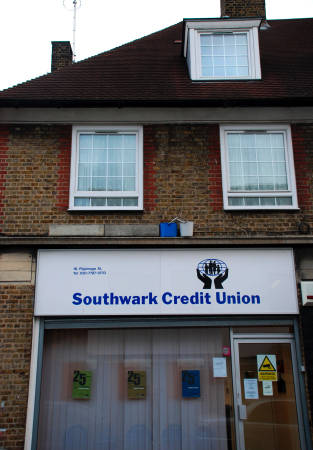 Southwark's 'community bank', with assets of more than £6 million, was founded in Bermondey's Spa Road in 1982.

The Southwark Credit Union is the first in London to offer a current account with an ATM debit card as one of its financial services. Already more than 1,600 residents have opened an account with most arranging for wages, pensions or benefits to be paid in direct.

With their Southwark VISA card they can buy online and make shop purchases as well as withdrawing cash from bank machines.

Southwark Credit Union's policy is to offer low-cost loans instead of overdrafts. Other bank services include savings accounts and insurance cover for holiday, home and car.

"The main reason we introduced the current account is because in Southwark about 40,000 peple do not have access to mainstream banking facilities," says the bank's CEO Lucky Chandrasekera. "They cannot buy insurance products and they do not have affordable credit. Having the bank account brings them into financial inclusion."

Anniversary celebrations include a reception this week at the House of Commons to be hosted by Simon Hughes MP, who is a Southwark Credit Union member. Guests will include Southwark Council Leader Nick Stanton.

The credit union is already looking ahead to the new generation by encouraging financial education in schools as part of an effort to keep young people out of the hands of 'loan sharks'. A junior savers scheme has over a thousand members.

"We introduced the Junior Savings Account to break the vicious circle for young people who are borrowing from door to door lenders" says Lucky Chandrasekera. "We want them to save."