311 pupils from a primary school near Elephant & Castle are taking part in a pioneering collaborative project at the adjacent Siobhan Davies Studios. 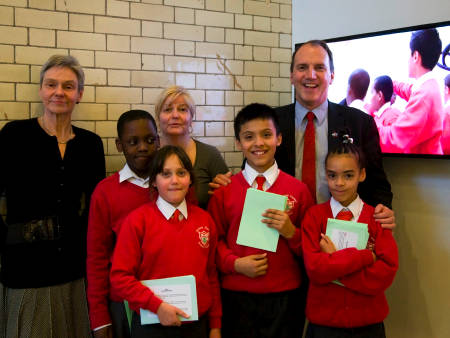 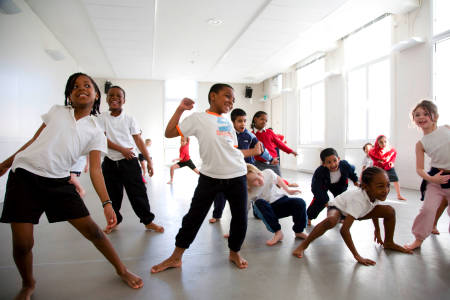 On Monday all 311 pupils from Charlotte Sharman Primary School sampled 45-minute workshops in dance, art and production design. An exhibition featuring work from year 5 children was on display as was a film showing the group at South London Gallery and enjoying architecture workshops.

Guests – including Simon Hughes MP – were taken on a guided tour by Year 5 pupils who gave a personal insight into their experiences and an overview of the award-winning building. Parents also enjoyed participating in workshops too.

The project, called Primary Bank, is funded by the Paul Hamlyn Foundation and offers weekly creative sessions over the academic year at Siobhan Davies Studios for year 5 pupils. Using similar creative processes to those used by Siobhan Davies and her company, the pupils will be exploring ways to express their responses to their local environment through dance, art, architecture, lighting design, photography and music.

"This is such a unique project which the pupils are embracing wholeheartedly," says Zoe Sharman, headteacher of Charlotte Sharman Primary School.

"It is helping their development by making connections to other areas of the curriculum and expanding their language. We hope soon that we can share this experience with other schools within Southwark and beyond, so that many more children can reap the benefits that we are."

Sessions are led by Siobhan Davies, internationally recognized artists, members of the dance company and a variety of creative organisations and artists based in Southwark and Lambeth. The first term has included collaborations with Camberwell School of Art and South London Gallery. Other alliances include the Imperial War Museum and Waterloo Green Trust.

"Through developing a unique relationship with our neighbours Charlotte Sharman School, our education work will have a new focus and longevity," explains Siobhan Davies. "This is a project from which we all have so much to learn."

The project will culminate in a live dance event as part of The Big Dance in July 2008 where the public will be able to see what has been achieved.