Three SE1 buildings - two of them designed for children - have been given prestigious awards by the Royal Institute of British Architects. 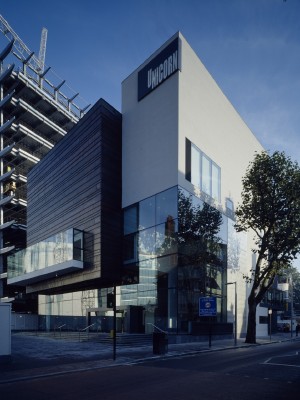 The new Unicorn Theatre in Tooley Street was described by RIBA judges as "a bold cultural signal in a previously arid urban landscape". The building, designed by Keith Williams Architects, was completed last November.

"We are all thrilled that our beautiful building has caught the imagination of the RIBA judges," says artistic director Tony Graham. "The Unicorn is a welcoming, contemporary space for children of all ages, their families, friends and schools. It works, it dazzles, it has solidity, breadth, economy, lightness and vision, and is a stunning testament to the commitment and skill of the whole team who designed and built it – including those local children whose ideas proved so valuable." 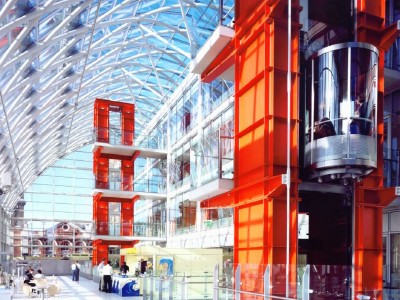 The new Evelina Children's Hospital on Lambeth Palace Road was completed in January 2005 and officially opened by Princess Anne earlier this month.

Designed by Hopkins Architects, RIBA's judges declared that it "stands out as a beacon of optimism".

They went on to praise the "impeccably organised" hospital where "the usual over-bearing institutional atmosphere of a hospital is dispelled".

"Here the patient, not the institution, is given priority." The citation concludes that "there are plenty of lessons here, not so much for architects but for health administrators and politicians".

Alastair Gourlay, capital development manager at Guy's and St Thomas', told us that the hospital was "absolutely delighted" to win the "extremely prestigious" award. He added that the Evelina is "a hospital created by children for children with young patients and their families having been involved in shaping its environment and architecture from the earliest stages of design. The result is a state-of-the-art hospital that redefines expectations."

The Siobhan Davies Studios in St George's Road – by Sarah Wigglesworth Architects – were completed in January.

In the words of the judges: "This is a building that has been a long time in the making. During the lengthy search for an actual site, this inventive dance company turned a theoretical conversation with its architect into a healthy real collaboration."

They continued: "It was always likely that the site, with its two, neither large enough, Victorian school buildings facing an undistinguished street, would provoke a bold response. Such happy combinations of client, architect and site often lead the local regeneration of an area."

"I am so proud to work in this elegant, witty, richly textured building every day," says Siobhan Davies. "I walk up the suspended staircase and pass an acid yellow tilted support structure set against a revealed wall that shows the remains of its Victorian past. I pass a vast oxblood sofa for weary dancers and move on to the light airy studio and above me is a ribbon roof with the energy of movement in its twisted wood."

"Sarah Wigglesworth and I have worked towards this building for ten years and this is the third time of trying to achieve a building for my company and the dance profession. Siobhan Davies Studios is now open and I am beyond happy and thank RIBA very much for giving this beautiful building an award."