Elephant & Castle residents are used to the bright lights used on film sets, but when high-power lamps were installed around the old London Park Hotel on Friday night, there wasn't a movie camera in sight. 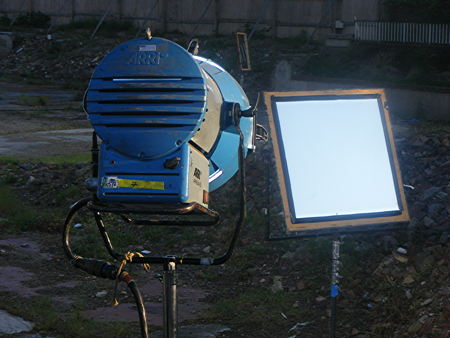 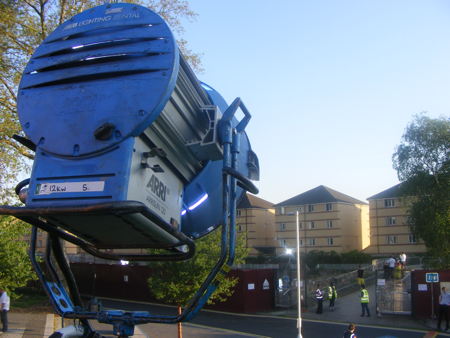 This was an art installation, not another Hollywood crew descending to capture scenes of urban dereliction.

On Friday night the artist took over the vacant plot next to St Mary's Churchyard formerly occupied by the London Park Hotel for the first London showing of Illumination Rig, an installation of film lights and mirrors.

The publicly owned site has planning permission for a 44-storey tower designed by Roger Stirk Harbour and Partners. Earlier this year City Hall said it was on the verge of launching a competition to find a developer to take over the scheme which was first approved in 2007.