Cllr Richard Thomas - Southwark's executive member for regeneration - is to step down from the executive to take up a job in the lobbying and PR industry. 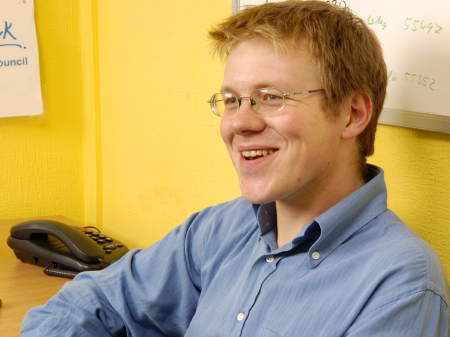 Liberal Democrat Richard Thomas was first elected to Southwark Council in SE1's Chaucer ward in 1998. Last May he successfully stood for election in East Dulwich ward, where he had moved with his young family.

Since May 2006 he has served as executive member for regeneration, overseeing key projects such as the selection of a development partner for the transformation of the Elephant and Castle. Between 2002 and 2006 he was executive member for enivronment and transport. In 2005 he stood unsuccessfully for Parliament in Lewisham East.

"Today, I have written to the leader of the council informing him of my intention to resign my post of executive member for regeneration on 22nd February in order to take up full time employment with a public affairs and communications firm," Cllr Thomas wrote on his blog.

"I have greatly enjoyed my six years on the council's executive. It has been incredibly rewarding but also demanding on my growing family. It is in the interests of my three young children that I have decided to resume my career in public affairs and so will be leaving the executive. Improving our area through local politics remains my passion and I will continue to work as hard as I can in East Dulwich."

As a member of the 10-strong Lib Dem/Tory executive which runs the council, Cllr Thomas receives a special responsibility allowance of around £30,000 a year in addition to the basic councillor's allowance.

The council's regeneration department has seen significant restructuring in the past year with the departure of former director of regeneration Paul Evans and Elephant & Castle regeneration boss Chris Horn.

"It certainly is a convenient time for Cllr Thomas, a man who almost certainly fancies himself as having a future in national politics, to jump ship," says Labour regeneration spokeswoman Cllr Mary Foulkes.

"The Elephant and Castle scheme has suffered delays, the Aylesbury regeneration faces an uncertain future and the financial black hole in the Decent Homes budget looks big enough to swallow council spending for the next decade.

"He's certainly leaving his successor with a lot to sort out; we can only hope for the good of every Southwark resident that there is somebody prepared and capable to do the job."

News of Cllr Thomas' departure coincides with Southwark's admission that the regeneration of the Aylesbury Estate in Walworth is likely to be delayed as a result of a below-inflation funding settlement for the borough from central government.

"The government's inadequate funding for Southwark has put the future of the Aylesbury estate regeneration programme at risk: it is important that we all work together to ensure that the project goes ahead on schedule," said council leader Cllr Nick Stanton.