Borough Market has been presented with the best speciality market award in the market of the year competition run by the National Association of British Market Authorities. 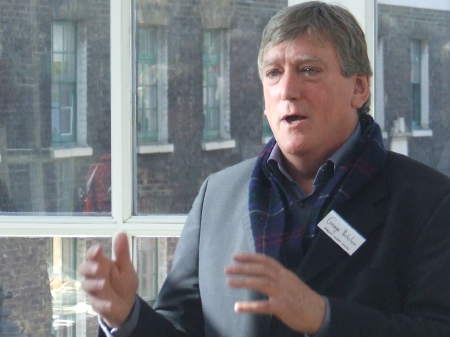 The award was announced in January and earlier this month the formal presentation was held at the Roast restaurant in Stoney Street.

"Our judging panel felt that Borough Market is a landmark institution in London," Graham Wilson, chief executive of NABMA, told guests at the presentation.

"It has already won a number of awards and it makes a significant contribution to the community it serves. In terms of the food offer, it is probably unrivalled in any part of the country."

"We were thrilled to get this award, particularly since it comes from our peers in the nation's market industry," said George Nicholson, a trustee of Borough Market.

In his speech at the award presentation Nicholson outlined the transformation of the market over the past decade from declining wholesale fruit and vegetable market to a thriving centre for food and drink of all kinds.

The market's future plans include a Ł2 million food school in its building at 1 Cathedral Street.