Some residents of the Metro Central Heights complex at the Elephant & Castle were without electricity for three days after a vital electrical component stopped working. 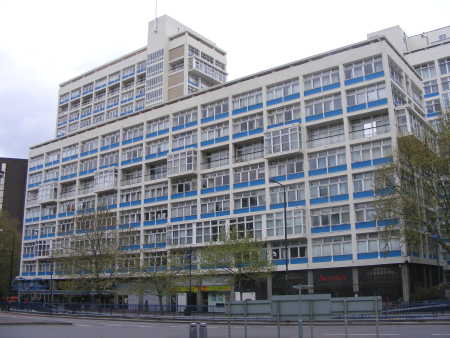 Residents of the development – which is a converted office block formerly known as Alexander Fleming House – first experienced electrical problems on the morning of Wednesday 23 April.

Although some parts of the building quickly regained their power supply, the east block remained without power (and hot water) until mid-afternoon on Friday.

The north block also lacked lighting in communal areas and the lifts in the 16-storey block were out of action.

Emergency lights in the building's corridors – which are only designed to function for a few hours – soon failed too.

A spokesman for the building's managing agents, Peverel OM, told the London SE1 website that the fault was "very unusual" and "required equipment to be specially made" at a factory in Kent.

He said that staff from electricity provider EDF and Peverel's own contractors were on site ready to install the part when it arrived.

The spokesman confirmed that a contingency plan to evacuate residents of affected flats had been drawn up in case the fault was not fixed on Friday.

Residents had been told that fixing the fault depended on the resolution of a dispute between EPF and Peverel OM about who was responsible for the faulty equipment.

"There was a minor delay because of the need to clarify whose jurisdiction the equipment now fell under," said the Peverel OM spokesman.

"EDF Energy Networks was alerted to a problem involving power supplies at Metro Central Heights just after 10.40am on Wednesday," a spokeswoman for EDF told the London SE1 website.

"Our engineers attended site and, during the day, discovered a problem with the building's internal supply.

"We have been liaising with the property owners and received a request last night for our power supply to the building to be isolated from this morning while their own work is carried out. Power will be restored as soon as the owners complete the necessary repairs."