A regular street food market will launch this week at the former Elephant & Castle roundabout. 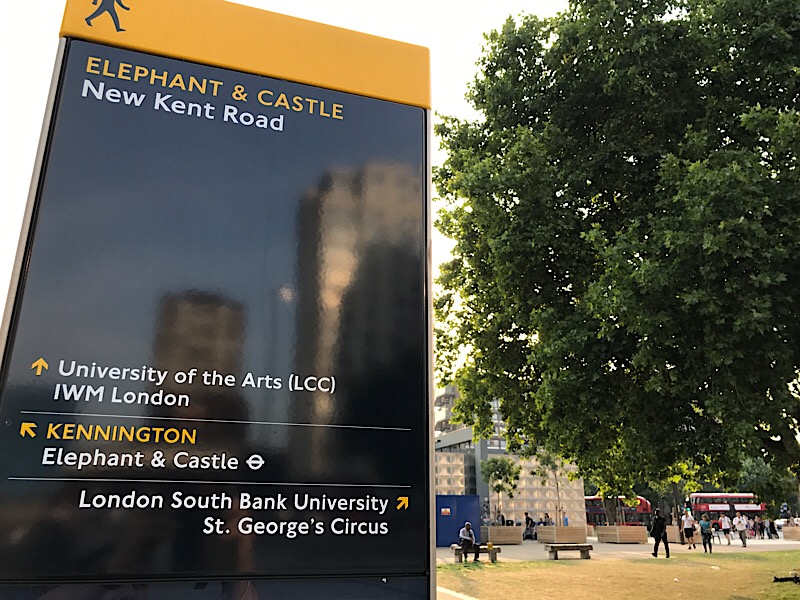 Food traders will set up next to the Michael Faraday memorial at the Elephant & Castle on Wednesday, Thursday and Friday lunchtimes and Friday evenings.

The first day of the new market will be Wednesday 28 June.

The new market is an initiative of The Paperworks, established by Corsica Studios, which formerly occupied the site on Newington Causeway where Mercato Metropolitano now operates.

The idea of bringing commercial activity to the Elephant & Castle was part of Transport for London's £25 million scheme to replace the northern roundabout with an expanded 'peninsula' pedestrian piazza.

A solitary food vendor – Feed Slider Grill – has been selling £6 burgers from a converted horse box outside Metro Central Heights since the autumn of last year.

Organisers will hope this latest venture fares better than the short-lived 2010 farmers' market at the Elephant.

• Earlier this month Southwark Council granted listed building consent to allow Transport for London to repaint the 'legs' of the Faraday memorial in black rather than the current grey. This is believed to be their original colour.