"The miracle of survival" celebrated 21 years of Southwark's arts groups working together to ensure a flourishing grassroots arts scene despite the deep shadow cast by the big arts institutions along the South Bank and Bankside. 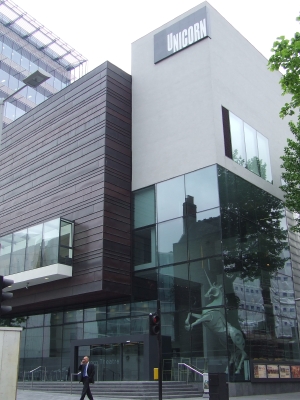 Following SAF tradition, discussion and narrative were interspersed by performance. After all why have an arts forum if you don't have art?

The story itself was told by pivotal figures in Southwark's arts history including Kathy O'Brien, Ro Shannon and Chris Lawrence. Success in the voluntary requires dedication vision and hard work, but a look back will show how far you have travelled.

SAF started when arts groups became concerned about the impact on community arts as a result of Thatcher policies, with an inaugural meeting in the interestingly named InterGallactic Arts Lab, a converted pub on the Old Kent Road. Good support from Southwark was crucial, but SAFs real success has been to foster unity and diversity between disparate groups.and performers.

The Carl Cambell Dance Company showed that you don't need to be young, indeed you don't need to be African to take part in and enjoy African dance. Steve Barbe reminded me of early Bowie, a good thing, whilst Rona Topaz had the audience beat boxing and a Malaysian duo sang tranditional fishermen's songs.

For me the highlight was a segment from a documentary called Chap-A-Lino called "In the Dog House" performed by the Aylesbury Latin American Cultural Group, a jolly Chaplin-style silent movie filmed around the Elephant and Castle. Now to find a chance to see the whole film!

Orla in turn was captivated by Craig Jenkins' stand up routine based on growing up in Peckham and in particular his story of watching Crimewatch and feeling the need to run home from a sleepover at the age of eight dressed only in Power Rangers pyjamas in order to protect his mother.

A chance for me as a SE1 parent to realise that yellow crime notice boards and new stories about stabbings affect even younger children, an evidence perhaps that community art can be powerful and relevant.