A report in Estates Gazette that Boris Johnson's new City Hall administration is holding up plans to remove the southern roundabout at Elephant & Castle has been greeted with disappointment by opposition politicians. 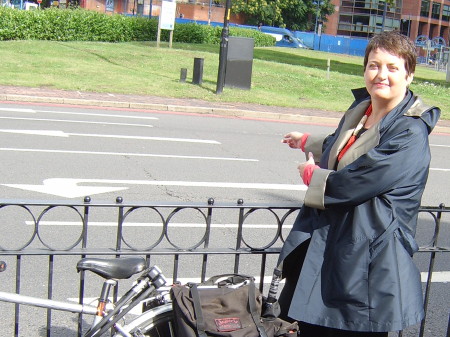 Southwark Council first trumpeted its intention to remove the southern roundabout at Elephant & Castle and replace the subways with surface-level crossings in January 2006, promising that the work would start within months.

For more than two years the start date for the works – eagerly anticipated by pedestrians at the Elephant – has steadily slipped back.

Last week's Estates Gazette claimed that Kulveer Ranger, Boris Johnson's director of transport policy, has called for more details of the effect the removal would have on car travel before £600,000 of mayoral funding can be confirmed.

We invited Southwark Council to provide an update on the current status of the plans for the southern roundabout. Although a response was promised in the middle of last week, nothing had been received by the time of publication.

But opposition politicians had no hesitation in making their views known.

"His decision could well cause a massive headache for the council and lead to even more delays and indecision around this vital scheme.

"The transport infrastructure around the re-shaped Elephant footprint is absolutely critical to its success. This news is a real hammer blow.

"It seems Tory Boris has a bit of a problem with Southwark. This latest bleak news for Elephant comes just weeks after the Mayor made some unhelpful comments about the Cross River Tram project. The tram is crucial to making regeneration work for the people of this borough. Boris has some real explaining to do.

"We cannot afford these major set-backs. The people of Southwark are crying out for decent housing and improved communities. Boris Johnson seems unable to understand this.

"The council also has questions to answer. Why has it taken this long to get to this position? There have been far too many delays connected with this project – and the responsibility for some of those hold-ups lies at Southwark's door.

"I have to ask also whether the transport infrastructure plans were too ambitious. Whatever the answer to these questions, the priority has got to be securing new homes and a better Elephant & Castle for the residents of Southwark."

Whilst the political wrangling about the future road layout continues, local cyclists have complained about the deteriorating road surface at the Elephant & Castle.

"It is shocking what a poor condition the road surface is in at the Elephant and Castle and how quickly it has deteriorated," says Val Shawcross AM who inspected the situation for herself in August.

"This is a life or death issue for cyclists. The cracking is a serious issue for the safety of cyclists. It's go to be treated not as an aesthetic issue but as a serious safety concern.

"We can't allow TfL to sit on the Elephant until the major regeneration begins."

Val Shawcross tabled a question to Mayor of London Boris Johnson who replied that "the section of road between the two roundabouts at Elephant and Castle has been identified ... as being in need of renewal and is due to be resurfaced in 2009".

In a separate response to Ms Shawcross, Transport for London said: "We'll continue to monitor the Elephant & Castle roundabout, taking action to repair defects according to this process. For the future, we're looking at a new system that could have the effect of making any repairs at this junction more long-lasting."

TfL has also told Ms Shawcross that it is planning to resurface the New Kent Road in the next financial year.