Wreaths were laid at war memorials in Borough High Street and Geraldine Mary Harmsworth Park on Sunday to mark the 90th anniversary of the end of World War I. 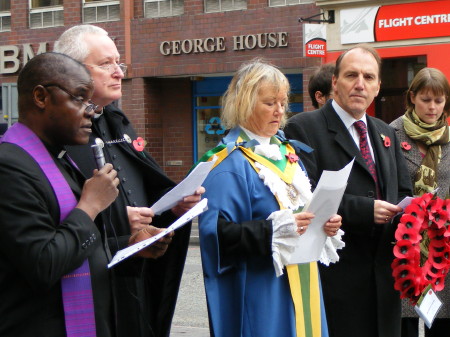 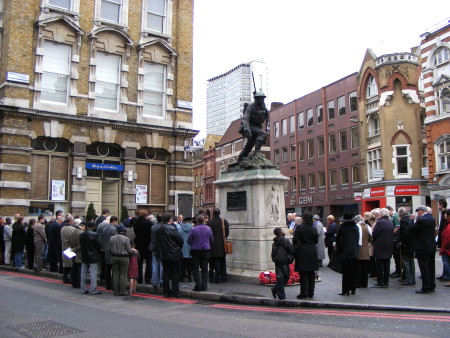 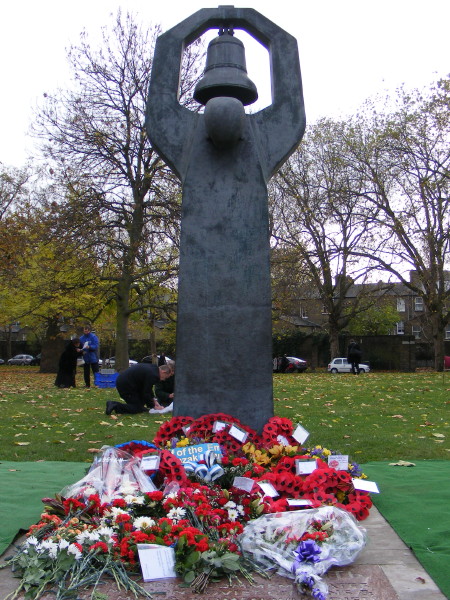 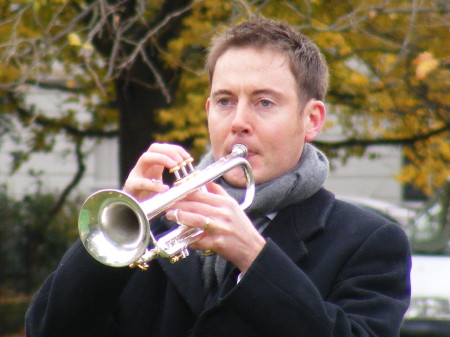 The Last Post is sounded at the Soviet War Memorial 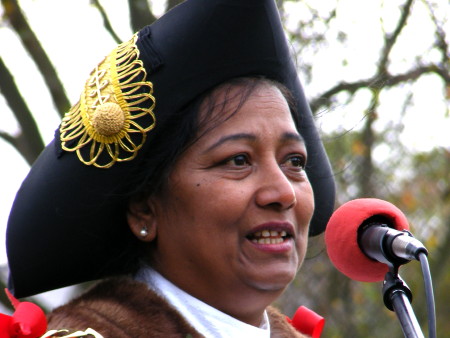 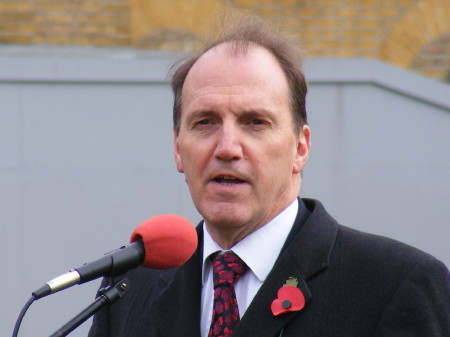 At the Borough War Memorial in Borough High Street the congregations of the Roman Catholic Church of the Precious Blood and the Anglican parish of St George the Martyr gathered for an ecumenical service of remembrance.

The service was introduced by Fr Joseph Idowu, new parish priest at Precious Blood, and the prayers were led by Fr Ray Andrews of St George's.

Wreaths were laid by Cathedrals ward councillors and Simon Hughes MP as well as by representatives of local businesses and organisations.

In Lambeth Road a solemn act of remembrance was held outside St George's Cathedral where prayers were led by the cathedral dean Canon James Cronin. The 11.30 Mass was offered in memory of all war dead and the choir sang Fauré's Requiem as the Mass setting.

Across the road at the Imperial War Museum the Last Post was sounded by a sea cadet at 11am to mark the start of the two-minute silence. The museum staged a weekend of remembrance-themed events including a drop-in workshop for children to make and decorate their own poppies.

The museum is currently showing a special exhibition to mark the 90th anniversary of the end of World War I.

At 12.30pm a remembrance ceremony was held at the Soviet War Memorial in Geraldine Mary Harmsworth Park. Cllr Eliza Mann, Mayor of Southwark, welcomed guests from embassies of the former Soviet republics at the wreath-laying ceremony. Speeches were also given by the Russian ambassador, HE Yury Fedotov, and Simon Hughes MP.

City Hall held its inter-faith service of remembrance on Friday which was led by Canon Richard Truss, former vicar of St John's Waterloo.

On Tuesday 11 November there will be Armistice Day ceremonies at the Guy's Hospital memorial arch and in the atrium of the Imperial War Museum.