The British Empire and Commonwealth Museum, a sports museum and artistic collective Shunt are among the shortlisted bidders for the proposed cultural space in the One Tower Bridge development at Potters Fields. 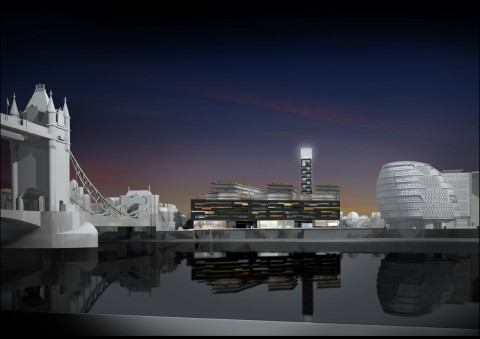 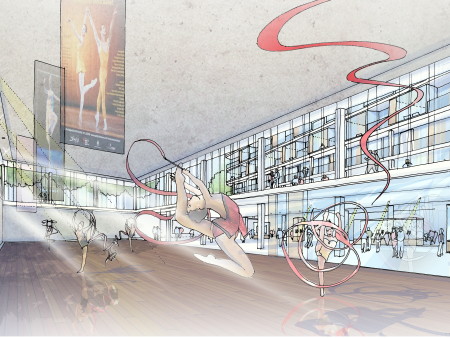 A week ago Berkeley Homes and Southwark Council revealed their new designs for homes and shops on the derelict coach park next to Tower Bridge.

Now they have published the four-strong shortlist to find a user for the cultural space in the scheme designed by Squire and Partners.

"Finding the right cultural user for this unique site on the south bank is a key priority for the council and we are delighted to announce this shortlist today," says Cllr Nick Stanton, leader of Southwark Council.

"We have always said that this development provides a once-in-a-lifetime opportunity for the right cultural user to make a home in this iconic location.

"We are delighted with the quality of the shortlist because it is very important to the council that this site becomes a go-to cultural attraction in its own right, not simply a commercial tourist attraction on the Thames.

"Whichever of the four shortlisted organisations gets the chance to make Potters Fields its home will provide a quality cultural offer that the people of Southwark and London can take pride in.

"To be quite honest for over 30 years, Potters Fields has let down the Bankside area; I want it to become a destination – a place where people are proud to live and I believe that any one of the four short-listed cultural options can deliver that for local people."

The British Empire & Commonwealth Museum in Bristol closed its doors in October having announced its intention to relocate to London.

Shunt is a collective of artists which performs large scale shows in unexpected places. It will be displaced from its current home in the Shunt Vaults under London Bridge Station by the Thameslink building works.

Southwark Council says that advertisements asking for expressions of interest were placed in September by Berkeley Homes and "very impressive" bids were received from a number of potential users.

The developer and the council have been assessing the applications for the site since October and will announce the winner in the New Year.

The four shortlisted applicants will now discuss with Squire & Partners how their needs can be incorporated into the scheme.

The latest designs were exhibited for three days last week at the former St Olave's Grammar School in Tooley Street.