900-seat theatre to open at One Tower Bridge

Plans for a 900-seat theatre next to Potters Fields Park have been announced by former National Theatre bosses Sir Nicholas Hytner and Nick Starr. 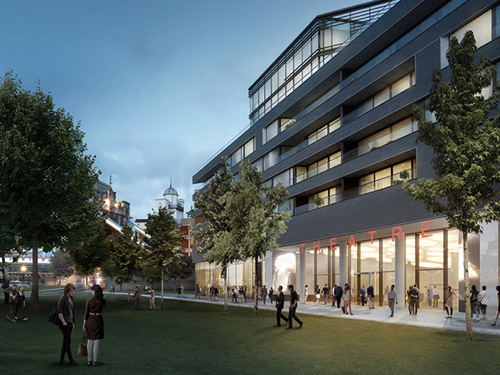 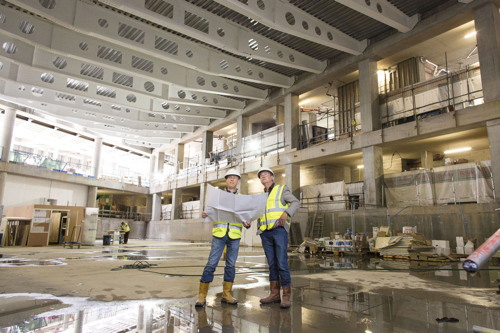 The London Theatre Company plans to take on the cultural space in Berkeley Homes' One Tower Bridge development and fit it out to designs by Steve Tompkins and Roger Watts of architecture practice Haworth Tompkins.

The developer has struggled to find a cultural institution to occupy the space, which was one of the key selling points of Southwark Council's joint venture deal with Berkeley Homes to develop the former coach park next to Potters Fields Park.

In a statement posted on the London Theatre Company website, Hytner and Starr wrote; ""A few months ago, we found the vast and exciting empty space at the heart of Berkeley's One Tower Bridge development overlooking Tower Bridge and the river. It's a space big enough to house an entirely new kind of flexible 900-seat theatre which Steve and Roger have conceived.

"This will be our flagship, opening in spring 2017 – the only central London commercial theatre of scale not in the historic West End.

"It will offer theatre-makers the kind of environment that will provoke from them adventurous new work, and it will offer to audiences modern standards of comfort, leg-room and facilities.

"We're already working with playwrights and directors on a programme that will be predominantly new but will include, on occasion, a re-invention of a great work from the past.

"With Haworth Tompkins, we're actively exploring other venues and hope over the next few years to be able to open a number of new independent theatres, of different scales but operating on similar principles."

Haworth Tompkins' other local projects have included the rebuilding of the Young Vic and the temporary theatre outside the National Theatre.

Mayor of London Boris Johnson said: "Bringing two of the most respected names in British theatre to this part of south London is fantastic news.

"Their well-deserved reputation and the London Theatre Company's location will ensure it becomes a magnet for theatregoers and other culture lovers.'

Tony Pidgley, chairman of Berkeley Group, said: "This is the next big step for the London Bridge area – London's newest and most exciting theatre, run by a theatre director and producer of real pedigree in Nicholas Hytner and Nick Starr.

"After several false starts, Berkeley is delighted to be able to deliver the world-class cultural facility envisioned by Southwark Council.

"The London Theatre Company will have a strong beneficial impact upon the area, creating footfall, growth and jobs and consolidating Southwark's status as a major cultural destination. Together with the cafes, shops and restaurants here, we can create the Covent Garden of the south bank."

Cllr Peter John, leader of Southwark Council, added: "We're delighted to be welcoming some of the leading lights in theatre to Southwark with this fantastic new facility – one of the largest new theatres in London.

"The excellent work the London Theatre Company will bring to the borough will cement Southwark's reputation as one of London's most upcoming destinations for arts and culture and ensure that local people benefit from the developments happening on their doorstep."