City to fight decision to ban council tenants from garden

Members of the City of London Corporation say they will fight Berkeley Homes and Southwark Council over a controversial move to prevent tenants of a new council block sharing the same garden as owners of the adjacent £15 million penthouses. 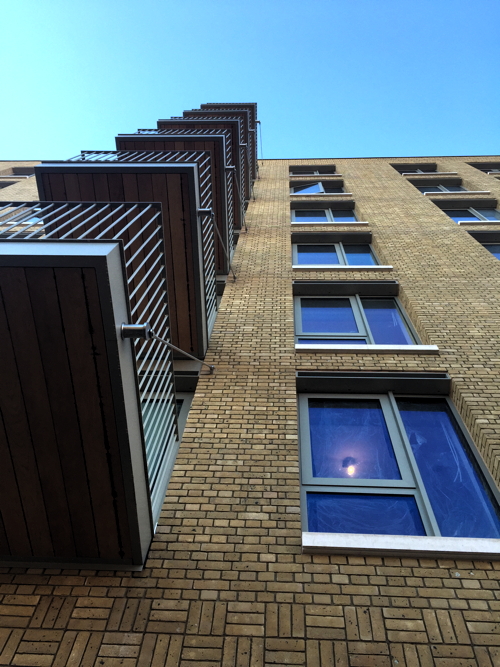 One Tower Bridge is a development by Berkeley Homes on the former Potters Fields coach park site next to the world-famous bridge. The scheme has been made possible by combining plots of land owned by Berkeley Homes, Southwark Council and the City of London Corporation.

Whilst Southwark opted to receive a cash payment of more than Ł10 million from Berkeley Homes in lieu of any on-site affordable housing, the City of London chose to have 43 council homes built on its land alongside the Bridgemaster's House on the southern approach to Tower Bridge.

Under the original plans approved in 2011, tenants of the social housing block – named Horace Jones House after the Tower Bridge architect – were to have access to the same courtyard gardens enjoyed by purchasers of Berkeley Homes' luxury apartments.

At a Friday morning Guildhall meeting, four members of the Square Mile's community & children's services committee had tabled questions about the situation at Horace Jones House after this website broke the news that Southwark councillors had approved Berkeley's plan to keep City tenants out of the shared garden.

In response Ade Adetosoye, the City's director of community and children's services, revealed that Berkeley Homes had last year asked the corporation to agree that its tenants should not be able to use the podium garden at One Tower Bridge.

"The City refused, as it is our intention that tenants of Horace Jones House share the same rights of access to the communal spaces as all residents, subject of course to the agreement of service charges," wrote Mr Adetosoye.

"Subsequently, Berkeley Homes has sought to achieve this restriction through an application to vary the section 106 agreement with Southwark Council.

"As the City is not a statutory consultee in relation to this change there was not opportunity for us to challenge it.

"Had such an opportunity been available, the City would have reiterated its stance that residents of Horace Jones House should enjoy the same rights of access to the communal garden facilities as other residents.

"We have contacted Southwark Council and put forward our concerns. The council is reviewing these and has agreed to further discussions with us."

To murmurs of assent from around the table, chairman Deputy Billy Dove asked: "I take it committee members are generally in support of us fighting this?"

Deputy Dove – a retired teacher – added: "I live in a similar situation in social housing in Tower Hamlets with new flats built around it costing anything from Ł820,000 to Ł1 million.

"I have access to the communal garden and that's how it should be."

Earlier in the meeting, committee member Vivienne Littlechild suggested that the City should avoid "them and us" situations like this by building council homes entirely separately from private developments. "It's unacceptable and it's wrong to put people in that position," she said.

Virginia Rounding told the meeting that she was concerned that the flats at Horace Jones House might prove attractive for tenants to acquire cheaply under right-to-buy.

"I'm petrified we're going to lose those flats because they are so marketable."

Last year the City estimated that the 43 flats in Horace Jones House had an average market value of Ł1 million each.