The BBC's Watchdog programme last week aired a report on 'A Dickens of A Christmas' underneath London Bridge Station which suddenly closed its doors after just one party. 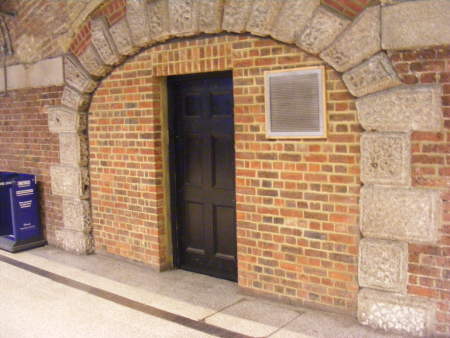 The venue was the Shunt Vaults in Stainer Street and according to the event organiser, Amazing Events Limited, the space was not licensed for the large numbers booked for the Victorian-themed evening.

For the second year running Amazing Events had hired the space for the month of December from Shunt Events which operates a private members' club with an eclectic arts programme for the rest of the year.

Shunt Events holds a premises licence from Southwark Council which stipulates that a maximum of 400 people may be on the premises at any one time.

However Amazing Events was promoting the event's capacity as 650 seats.

Only the first of 15 planned Dickens nights took place before the Shunt Vaults management intervened. As many as 9,000 people were expected to attend the Ł100-a-head experience which included dinner.

Following the cancellation of 'A Dickens of a Christmas', Amazing Events Ltd went into liquidation. A creditors' meeting will be held at the Royal Lancaster Hotel on Wednesday 14 January.

A website, which has now been taken down, promised "more than a Christmas party".

The front page announced: "We will take you 150 years back in time to discover the very essence of Christmas, as only Dickens could have imagined, elaborately recreated as an all-in-one dinner, dance and theatrical experience which will make this year your best Christmas Past, Present and Future."

Last year around 6,000 people are reported to have booked to party in one of the three bars and be entertained by actors playing such characters as Fagin, the Artful Dodger, Miss Havisham and Mr Macawber.

Watchdog's Paul Heiney met some of the actors who are out of pocket as a result of the event's cancellation.

We had invited Shunt Events to comment before the Watchdog report was broadcast, but a promised statement was not received.